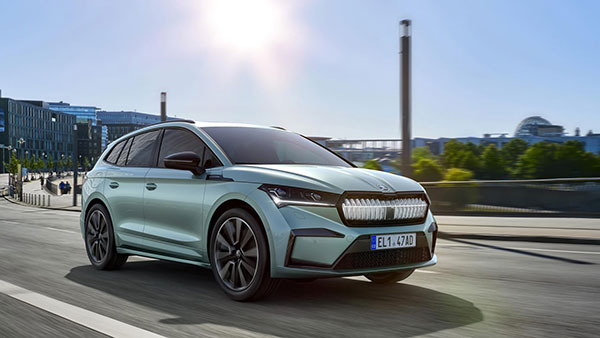 Let us tell you that Skoda is using Volkswagen’s MEB platform in the Enyaq iV. It’s basically a skateboard-like model with a battery in the middle and wheels mounted at all four corners. This platform does not use a driveshaft or transmission tunnel, due to which a lot of space can be created inside the car.

As per the reports, the Skoda Enyaq iV is going to be 4,648 mm in length, 1,877 mm in width and 1,616 mm in height. It will have a wheelbase of 2,765 mm. It will be smaller than the Skoda Kodiaq SUV but due to its design platform, it will be given plenty of space. According to the information, a boot space of 585 liters can be given in it.

Skoda Enyaq iV can be brought in two battery pack variants which will include 62 kWh and 82 kWh variants. These variants will be capable of producing 177 Bhp and 261 Bhp of power respectively. On the other hand, on full charge, this SUV will provide a drive range of 510 km. It will also be offered in a higher performance RS trim that will generate 300 Bhp of power.

Jack Hollis, Brand Director, Skoda Auto India, had said in a statement that the company’s first electric SUV in India could be launched in 2023. The SUV will be imported into India as a Completely Built Unit (CBU), he added.