Skeleton shown to a man building at home, Europe’s largest dinosaur discovered in the investigation of scientists 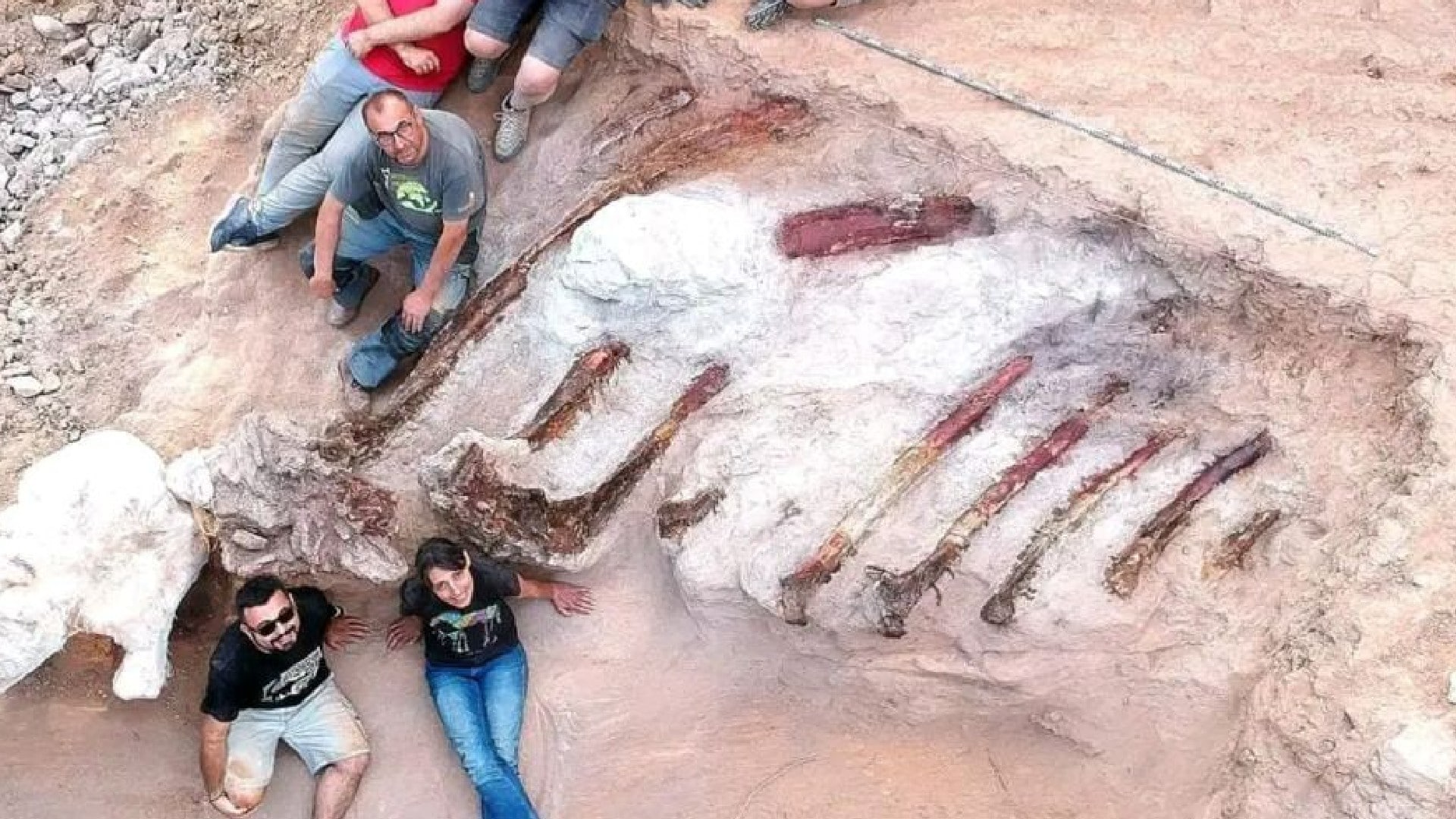 According to media reports, the skeleton was discovered in the Central City Pombal here in the year 2017, when a man started construction work on his house. He saw the fossils there. After that the investigation started. This month Spanish and Portuguese paleontologists began excavations on the spot. They believe that this fossil belongs to a sauropod, which was a four-legged herbivorous animal. His neck and tail were long.

of bbc Report According to the U.S., sauropods were the largest of all dinosaurs and the largest animals ever found on land. Experts said that their presence was around 150 million years ago during the Upper Jurassic period. Paleontologists unearthed parts of a dinosaur’s spine and ribs. This suggests that this giant reptile was about 12 m (39 ft) high and 25 m (82 ft) long.

Elisabeth Malafia, a post-doctoral researcher in the Faculty of Science at the University of Lisbon, told Phys.org that it is not common to find all the ribs of an animal this way. Let it remain in the current position, so that it maintains its original physical position. Researchers working on the excavation of dinosaur skeletons hope that there is more in it that remains to be unearthed. It is now being studied by an international research team.

This discovery comes after the discovery of dinosaur footprints in America 113 million years ago. After the drought in Texas, the rivers there are drying up. Tracks of giant reptiles have been unearthed in a river flowing through Dinosaur Valley State Park. Park experts say that most of the footprints may belong to the dinosaur species Acrocanthosaurus, 15 feet long and weighing 7 tons.