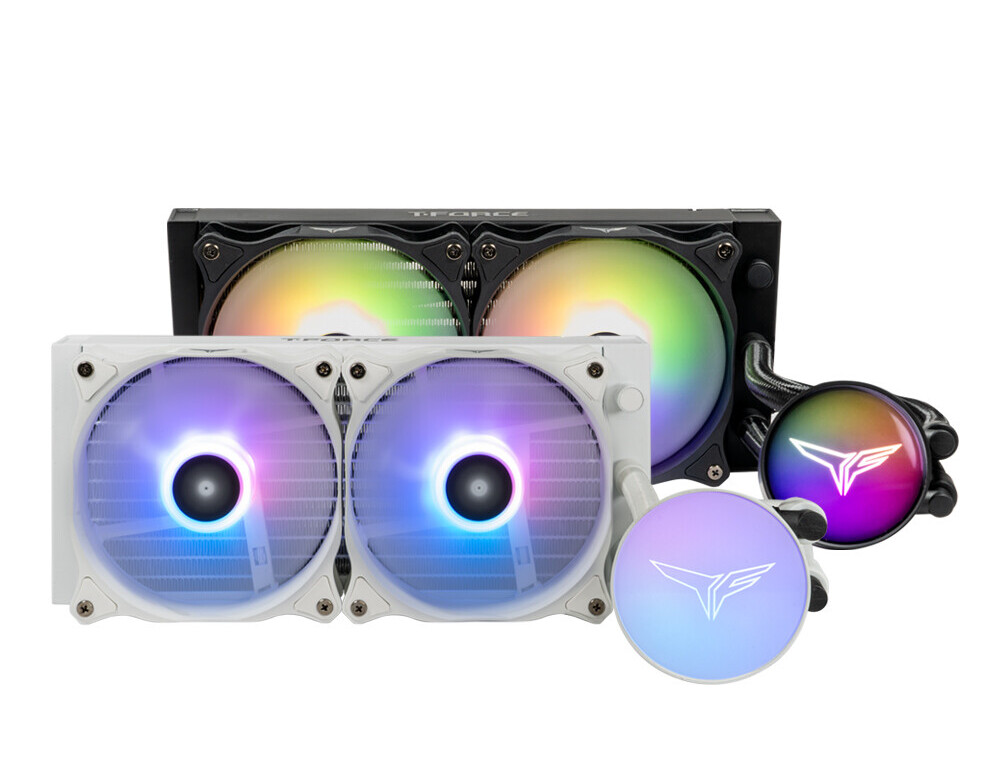 According to the manufacturer, the mount provides tight contact between the waterblock and the processor. The water block is connected to a 240 mm long radiator with a nylon braided rubber hoses, in which a pump is built, which operates at a speed of 4000 rpm. The radiator has a pair of 120 mm fans. The fan speed is adjustable in the range of 800-2000 rpm. At the same time, the noise level changes in the range of 14.3-34.3 dBA, and the productivity – in the range of 36.8-133.8 m3/ h The fan impellers and water block are adorned with addressable lighting. The backlight is compatible with popular control systems promoted by Asus, Gigabyte and other motherboard manufacturers.