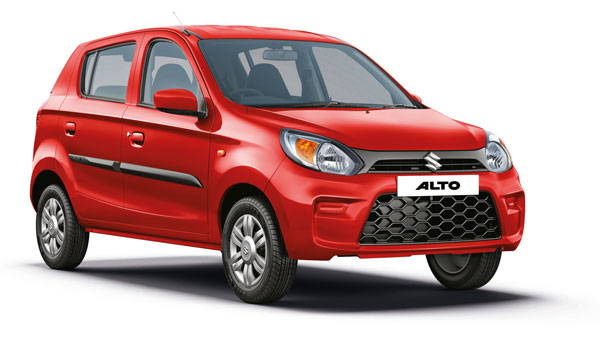 Similarly, after the discontinuation of the single airbag variant of the Maruti S-Presso, it will now be available at an ex-showroom price of Rs 4 lakh. The S-Presso has received a price hike of up to Rs 7,000.

These variants have been discontinued

Maruti used to make Alto available in 7 variants earlier. These included STD, LXI, LXI (O), VXI, VXI+, LXI CNG and LXI (O) CNG. But now the STD, STD (O) and LXI variants of the Alto have been discontinued. Now the company is selling only four variants of Alto.

Talking about the S-Presso, its two variants – STD and LXI have been discontinued. Now the S-Presso will be available in 9 variants. As per the old safety norms, the company was offering only driver side airbags in its lower variants. However, according to the new rules, it will now be mandatory to provide front passenger airbag along with the driver side. With this update, all Maruti Suzuki cars sold in India will now come with dual airbags as standard.

The Maruti Alto is the entry-level model from the carmaker, with a 0.8-litre engine mated to a 5-speed manual gearbox. The S-Presso gets the option of a 1-litre petrol engine with a 5-speed manual and AMT gearbox. Both the models are also available with CNG variants.

The new generation Ertiga has been brought in 4 trims and 11 variants. There are three automatic options available – VXi, ZXi and ZXi Plus, while the CNG is available in two variants. The starting price of Maruti Ertiga is Rs 8.35 Lakh for the LXi variant. Its price goes up to Rs 12.79 lakh for the top line ZXi AT variant. The price of VXi CNG has been fixed at Rs 10.44 lakh and the price of ZXi CNG has been fixed at Rs 11.54 lakh. All prices are applicable on ex-showroom basis.