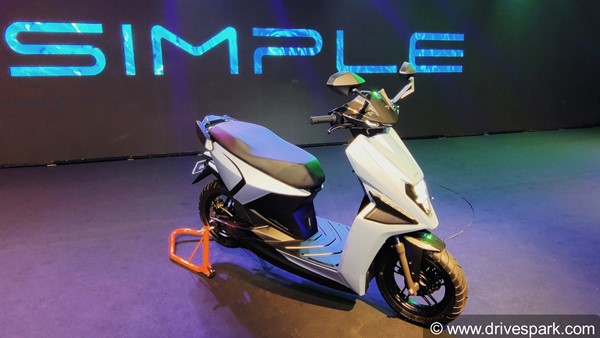 The company said that this scooter has received more than 30,000 bookings, it has been brought in the month of August at a price of Rs 1.09 lakh. It was already a powerful scooter but now after the upgrade, this scooter offers 72 Nm of torque, which the company claims is not only the highest in the industry but has never been achieved in this compact size. .

The company is currently manufacturing its electric scooters at its plant located in Hosur, Tamil Nadu, with a capacity of 10 lakh units/year. The company says that this factory is now getting ready for mass production and its production will be started in a few weeks. The company is also going to set up a second plant and its capacity is going to be 1.25 crore / year.

At home, its inbuilt battery charges 0-100 percent in 2.75 hours, while its removable battery takes an additional 75 minutes to charge. In this case, it takes a total of 4 hours to charge both the batteries. It charges 0-80 percent in 2.75 hours at home. The company is going to set up 300 charging stations across the country in the coming months where customers can take advantage of fast charging.

The Simple One electric scooter uses a 4.8 kWh lithium-ion battery, has a gray battery pack and weighs over 6 kg. This battery pack is specially designed for Indian use. It is a removable battery that can be taken out and charged easily at home.

Talking about the features, it has a 7-inch touchscreen display, on board navigation, Bluetooth, geo fencing, 4G LTE, over the air update, fast charger location, tire pressure monitoring system, calls, music control, vehicle tracking, document storage etc. has gone. It has telescopic forks at the front and mono shock at the rear for suspension, 90 mm drum brakes at the front and rear, tire size of 12 inches, boot space of 30 liters.

The Simple One electric scooter has got an upgrade even before its launch, the company is making this electric scooter completely ready first. Now its production and delivery is to be started soon, then it has to be seen how many bookings it gets.