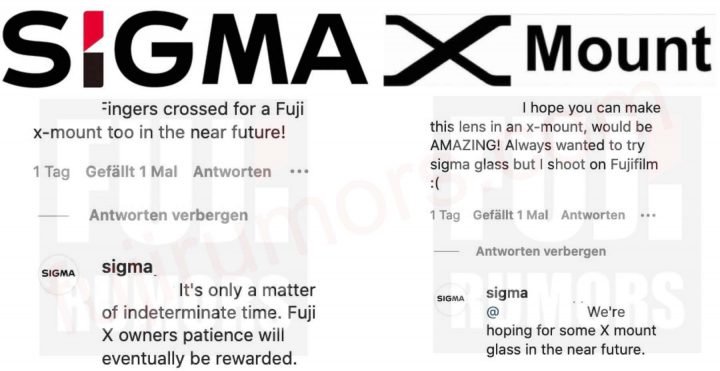 Back in February, Sigma promised to release Fujifilm X-mount lenses by the end of the year. Since then, the manufacturer has confirmed its intentions several times, publishing transparent hints. Finally, in September, Sigma’s CEO himself said in an interview to mark the company’s 60th anniversary that the company is “committed to satisfying Fujifilm’s customers.”

Unfortunately, the benchmark “until the end in 2021” loses its relevance as this very end approaches. It is unlikely that new items will be presented in the midst of the holidays. The closest opportunity may be CES 2022 or CP + 2022. The first is scheduled for early January, the second – for February 24-27. One thing encourages – Sigma recently once again reassured fans of its products, writing in one of the social networks:

“It’s just a matter of indefinite time. The patience of Fuji X owners will eventually be rewarded … We hope there will be X Mount lenses in the near future. “