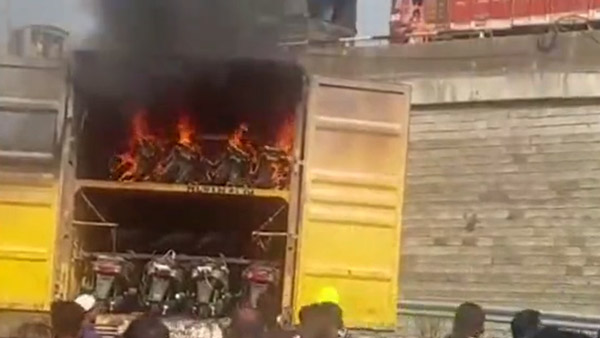 Companies will have to answer

Once the response comes, the government will decide what punitive action is to be taken against the EV manufacturers. Last month, the Central Consumer Protection Authority (CCPA), which comes under the Union Ministry of Consumer Affairs, had sent notices to Pure EV and Boom Motors after their e-scooters exploded in April.

The Ministry of Road Transport and Highways is also awaiting a response from EV manufacturers on the show cause notices sent to them. Preliminary findings of a government-constituted inquiry committee on EV fires identified issues with the battery cell or design in almost all electric two-wheeler fire incidents in the country.

Use of poor quality equipment

Experts found defects in the battery cells as well as the battery design of almost all electric scooters. The Defense Research and Development Organization (DRDO), which was earlier tasked by the Ministry of Road Transport and Highways to probe into incidents of fire in electric two-wheelers, also found serious defects in EV two-wheeler batteries.

The Bureau of Indian Standards (BIS) has now released new performance benchmarks for lithium-ion batteries to protect consumers amid rising number of fire incidents in electric vehicles in the country.

As per the new lithium battery standard, now electric vehicle makers will have to test the batteries separately to check the reliability, charging capacity, ability to work in different environments and temperatures. The new standards also inform the procedure for testing lithium-ion batteries.

Union Road Transport Minister Nitin Gadkari has already warned EV manufacturers of strict action for negligence. He tweeted, “If any company is found to be negligent in its process, heavy fine will be imposed and all defective vehicles will also be ordered to be recalled.”