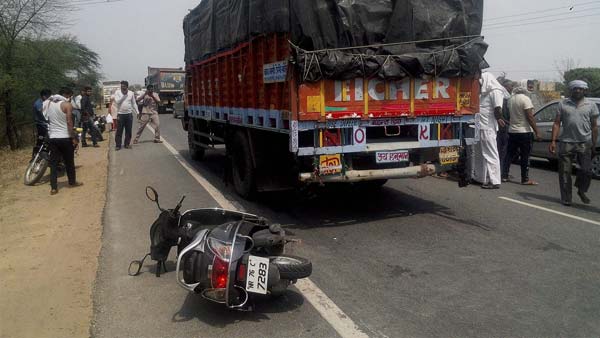 Gadkari also discussed the causes of road accidents. He said that violation of traffic rules is the main reason in these accidents. Gadkari quoted transport ministry data as saying that in these accidents, driving on the wrong side, overspeeding and traffic light jumping, underage driving, have emerged as major reasons for the accidents.

India is one of the countries with the highest number of deaths in road accidents. According to a report of the Ministry of Transport, about 4.50 lakh road accidents occur every year in the country, in which 1.50 lakh people die. This figure is the highest in any other country in the world. Road accidents have been cited as the main reason for disability in India.

Gadkari said that the government has taken several steps to enhance the safety of two wheeler drivers on the road. He said that now ABS braking is mandatory as a standard fitment for two wheelers with engine capacity of 150cc or more. At the same time, it has been made mandatory to provide Combi Brake System (CBS) in two wheelers of 125cc or less capacity. Apart from this, the government has also increased the fines for strict enforcement of traffic rules.

Gadkari said that the Transport Ministry has devised a multi-pronged strategy to address the issue of road safety on the basis of road and vehicle education, engineering, law and emergency care. Under this, the Ministry has notified ‘Parliament Road Safety Committee Member’ in each district of India to promote awareness among the people under the chairmanship of the Member of Parliament (Lok Sabha) of the district. The amended Motor Vehicles Act (2019) was implemented on August 9, 2019 in the country to improve road safety and traffic rules.