Shipments of cellular modules for the Internet of Things in the third quarter of 2021 increased by 70%, 5G modules – eight times 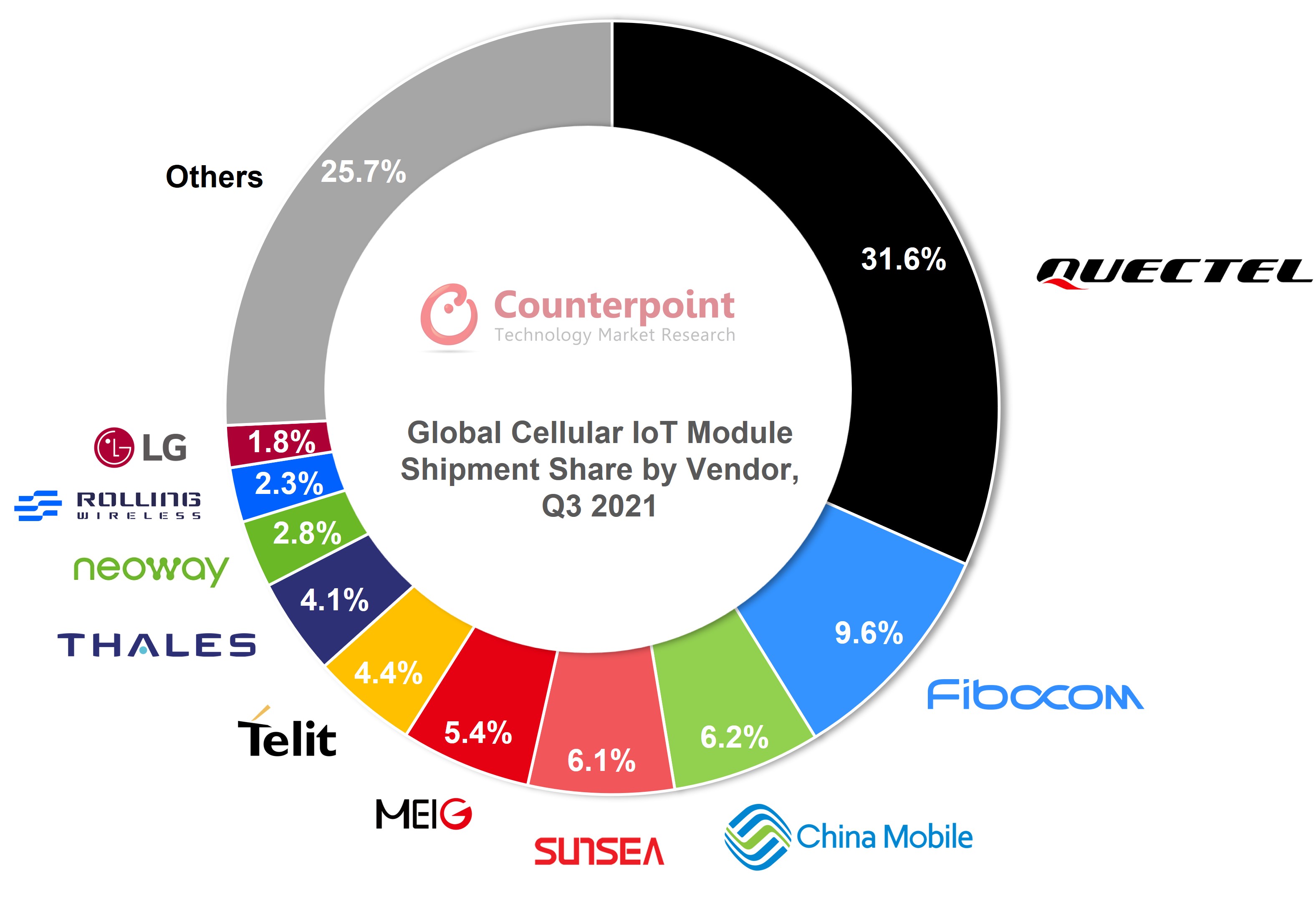 Analysts at Counterpoint have calculated that global shipments of cellular modules for the Internet of Things (IoT) in the third quarter of 2021 increased by 70% compared to the same period in 2020. In monetary terms, the quarterly revenue of manufacturers exceeded the $ 1.5 billion mark.

In terms of sales volume, China continues to dominate regionally. It is followed by the countries of North America and Europe.

The fastest growing segment in terms of connectivity technologies is the 5G segment. Growth in this segment reached 700% due to the low baseline.

Smart meters, POS and retail are among the top three fastest growing applications. The continued shortage of microcircuits has negatively impacted the automotive segment.

Qualcomm is the leader among suppliers of element base for cellular IoT, occupying more than 37.2%. The company is a leading supplier of 5G chipsets.