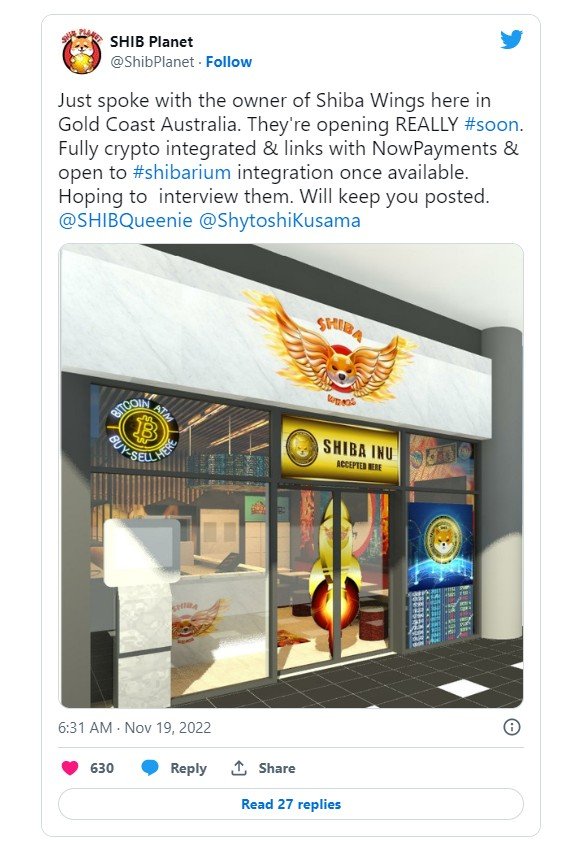 Shiba Wings in the Gold Coast, Australia, will soon be accepting customers, according to Twitter user @ShibPlanet.

He claims that he recently spoke with the owner of the establishment, which is preparing to open in the very near future.

The NowPayments platform, according to the tweet, allowed the diner to integrate payment systems with almost any cryptocurrencies.

The emergence of restaurants accepting SHIB over the past 12 months is nothing new. Shiba Shytoshi Kusama, the chief developer of the blockchain, said that SHIB has entered into a partnership with Italian hamburger restaurant chain Welly’s. The Shiba Inu dog has been chosen as the new mascot for the restaurant chain following a complete rebranding. They also changed their menu and marketing approach.