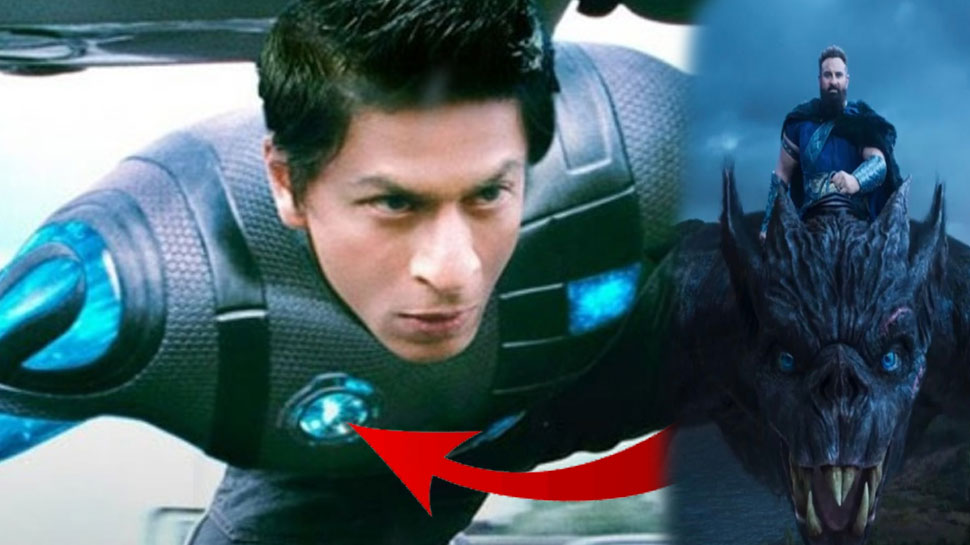 VFX in India: The trailer of Adipurush has been released on social media, but it is facing a lot of criticism because it shows very bad VFX which people are not liking and the film and its VFX are being played fiercely. are doing.

VFX in Adipurush: VFX is not a new thing in India, 11 years ago i.e. in the year 2011, Shahrukh Khan’s film Ra-One, the audience saw this technique and enjoyed it. VFX means visual effects that are used in films and make the scene very special. However, it takes a lot of effort to prepare them and a lot of money is also spent along with a lot of time. Recently, the trailer of the film Adipurush, based on Ramayana, has been released, whose VFX is not being liked by the people. Shahrukh Khan has come on the train since the trailer launch of this film and we are going to tell you what is the reason for that.

This film of Shahrukh Khan is the reason Ra-One film which was released in the year 2011 was not liked by the people but the VFX shown in it was so tremendous that it made a deep impact on the audience. VFX was prepared under the banner of Shahrukh Khan’s company Red Chillies, which was highly appreciated and liked by the audience. However, even after passing 11 years, VFX of this level could not be found in Adipurush. In such a situation, people are making different types of comments on social media and are trolling Adi man.

Shahrukh Khan is being praised

In the year 2011, you may not have liked Shahrukh Khan’s film Ra One much, but now users are understanding the real value of Adi Purush after watching VFX because high quality VFX was used in Ra-One. Which was far ahead according to that era and the audience is now understanding the same thing and is praising Shahrukh Khan fiercely on social media and is commenting.