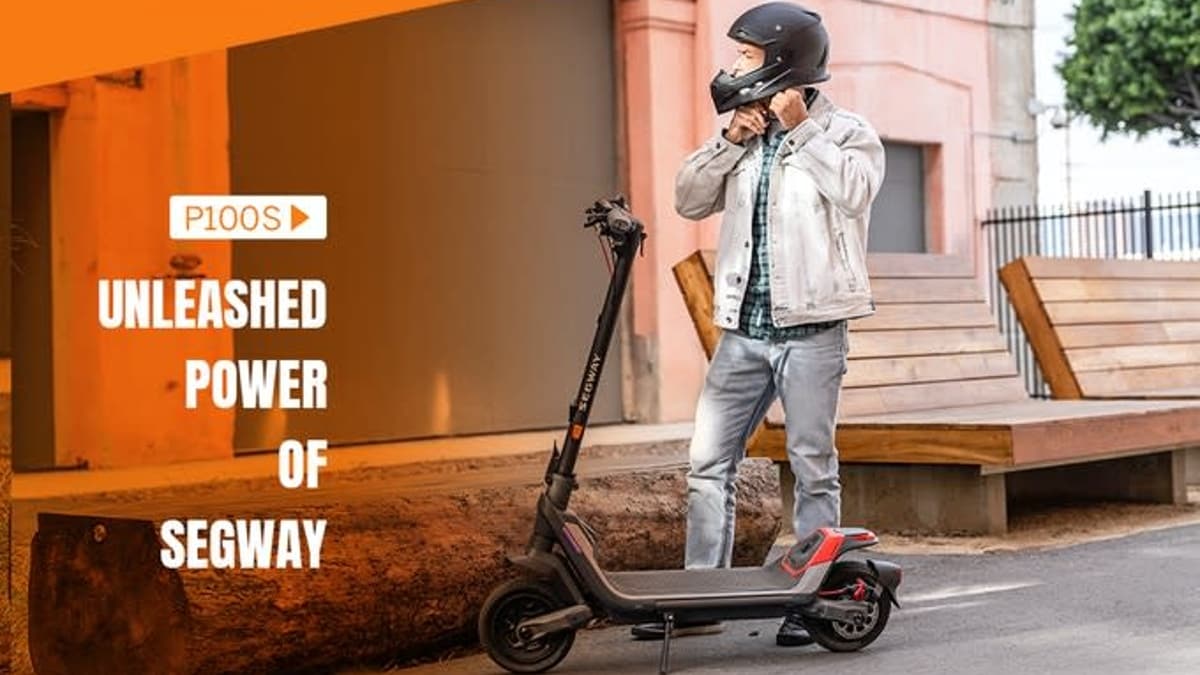 Segway has launched its latest e-scooter KickScooter P100S under crowdfunding. This scooter has been listed on Indegogo and Kickstarter. Some of the great features of electric scooters are its long range and remote unlocking feature. It is a kickscooter that, as per the company’s claim, travels 62 miles (approximately 100 km) on a single charge. Its top speed is 48 kmph. It also gets some smart features, such as Bluetooth and NFC connectivity.

The Segway KickScooter P100S e-scooter is listed under crowdfunding for a starting price of $1,599 (Rs 1.27 lakh). Indegogo And kickstarter The campaign is currently rolling out for the US and Canada. The Segan Kickscooter P100S will later be sold for $1,999 (Rs 1.60 lakh). As per the campaign, the delivery of the e-scooter will start in October this year.

Talking about the features of the Segway Kickscooter P100S e-scooter, it is a foldable electric kickscooter that claims a range of 60 miles (100 km) on a single charge. It gets a 650W electric motor, thanks to which this e-scooter can reach a top speed of 30mph (48km/h). It has five riding modes. The company claims that it can accelerate from 0 to 15mph (0-25kmph) in 2.8 seconds. It is also capable of climbing 23% of the angle of climb. Its 1,086Wh capacity battery pack can be fully charged in about 7 hours via USB-C cable.

Talking about some other features, the KickScooter P100S gets 10.5-inch tires and is equipped with a dual suspension system. For braking, it gets dual 5.5-inch ventilation discs. The e-scooter also gets turning light, brake light and 10W anti-glare LED headlight. The scooter weighs 33 kg and is capable of lifting up to 120 kg.