Seat belt became mandatory for the passenger of the back seat in the car, if the rule is broken, heavy fine will be imposed 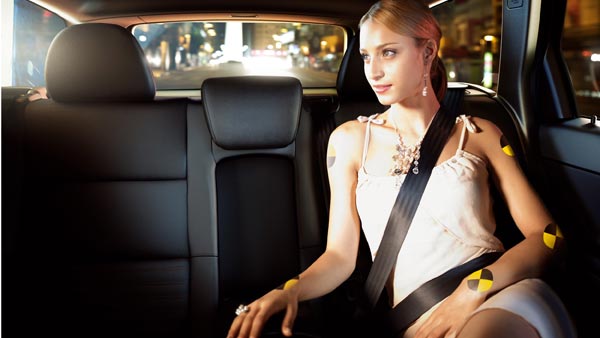 There will also be an alarm system for the last set

The alarm system plays an important role in reminding the occupants of the car to wear the seat belt. Currently, the alarm sounds when the front seat occupants do not wear their seat belts, but this system is not usually available for the rear seats. But now this alarm system will also be given in the back seat. Nitin Gadkari has said that instructions will be given to car companies for this.

6 airbags will also be mandatory

Replying to the question that installing 6 airbags in the car will increase the cost of the car, Nitin Gadkari said that it is more important to protect people’s lives. He said that the cost of one air bag is Rs 1000, so six airbags can be installed at a cost of Rs 6,000. Gadkari said the cost will gradually come down as production and demand increase.

At the IAA World Summit on Monday, Gadkari had described the Ahmedabad-Mumbai highway as dangerous. He had said that if there are 20 thousand or more passenger cars plying on the road, then there is a need for six-lane roads. Whereas, at present there is traffic of 1 lakh 25 thousand passenger cars on Ahmedabad-Mumbai Expressway. This is 6.25 times more than the norm, so the chances of an accident here are very high.

Let us inform that industrialist Anand Mahindra has also appealed to the people sitting in the back seat of the car to use the set belt. He said that I take a pledge to wear seat belt while sitting not only in the front seat but also in the back seat.

Cyrus Mistry, former chairman of Tata Sons, died after hitting a divider on the Surya river pool while traveling from Ahmedabad to Mumbai. According to the information, the car was running at a speed of 130 km / h and Cyrus was sitting in the back seat. He was not wearing a seat belt.