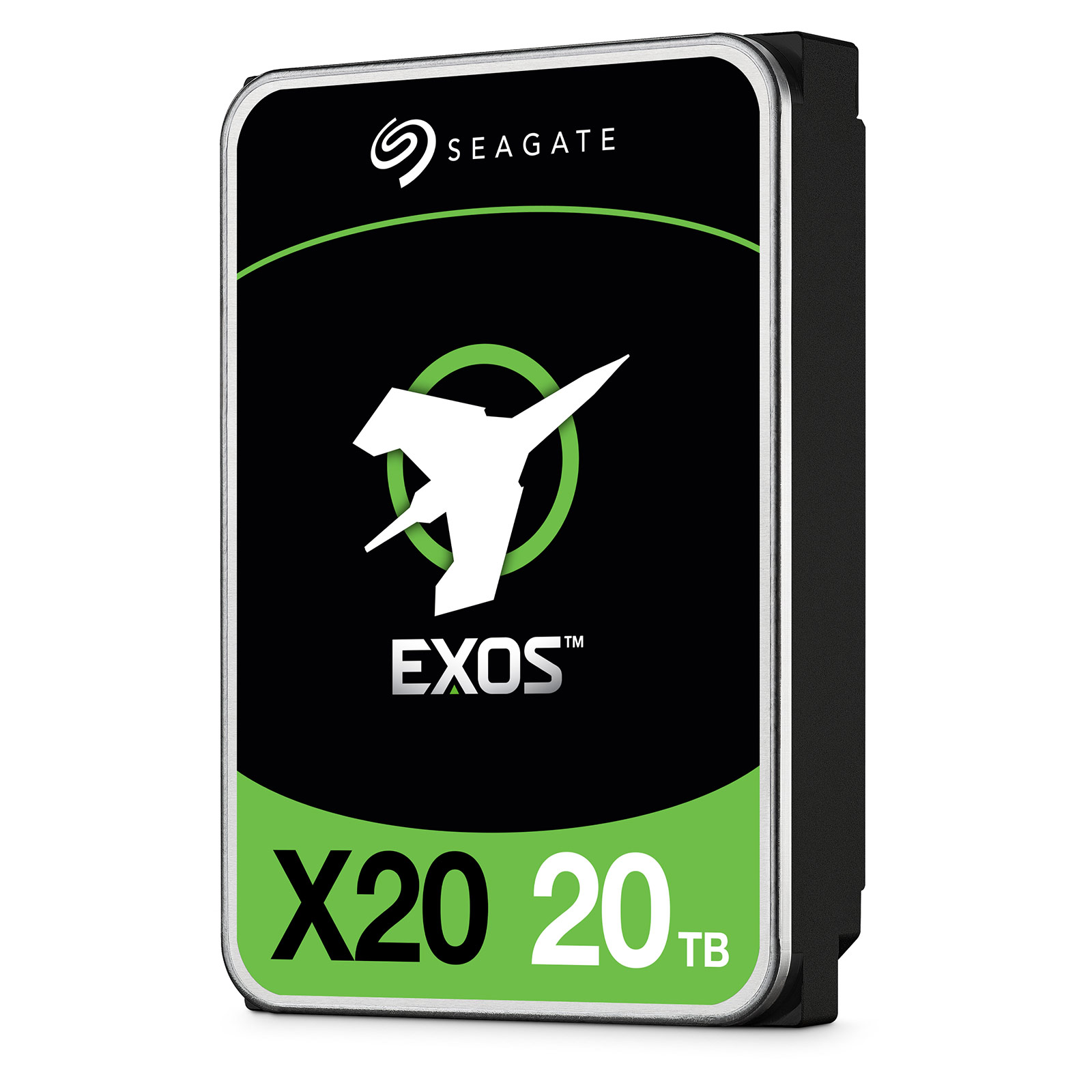 In response to the growing demand for storing massive amounts of data, Seagate Technology introduced the Exos X20 and IronWolf Pro 20TB hard drives, which use Traditional Magnetic Recording (CMR) technology. According to the manufacturer, they “open up new possibilities for storing large amounts of data.”

The Seagate Exos X20 enterprise hard drives are designed to maximize rack space utilization. They are designed for use in cloud storage and hyperscale data centers. They feature 4.16ms latency and consistent response times, which, together with advanced caching, can deliver up to three times the performance gain over read-only or write-cached models. The data transfer speed reaches 285 MB / s. Data safety is ensured by Seagate Secure technology. The MTBF is stated to be 2.5 million hours. Exos X20 drives can be used in the recently announced Seagate Exos CORVAULT storage system. A 4U unit accommodates 106 drives, which is equivalent to 2.12 PB of data.

The Seagate IronWolf Pro 20TB drives are optimized for NAS use. In particular, the built-in rotational vibration sensors and AgileArray technology provide exceptional reliability in RAID operation, even under the highest workloads that can be found in small and medium businesses. These HDDs are rated for 300 TB workloads per year. The data transfer speed reaches 285 MB / s.

IronWolf Health Management, which is supported by the new hard drives, gives you the ability to monitor their health. The drives are backed by a five-year warranty.