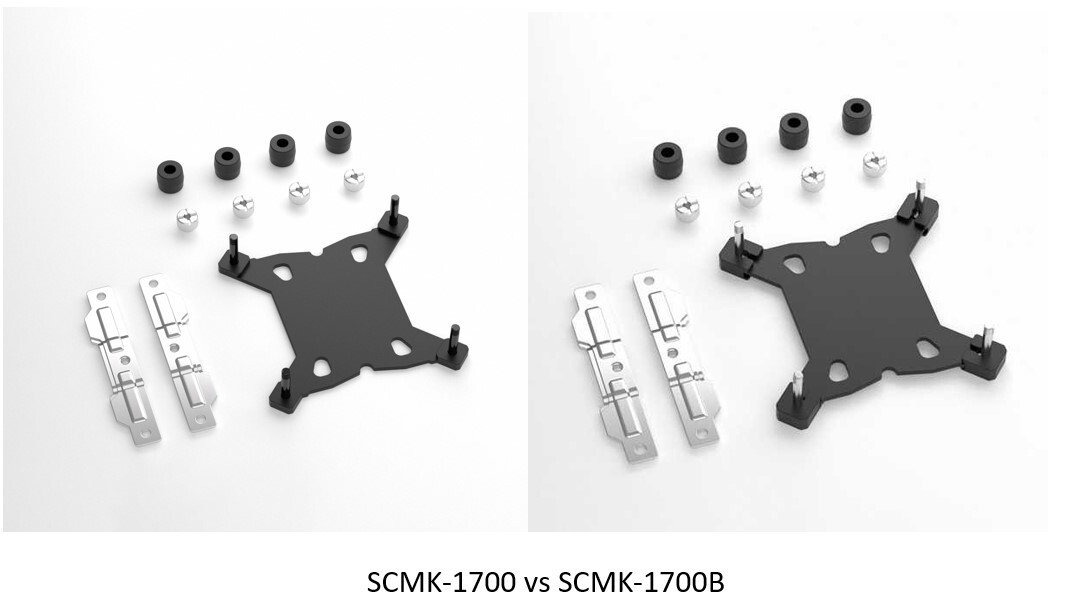 Scythe announced the release of a revised version of the mounting kit, which ensures the compatibility of coolers with Intel LGA1700 processors. It is called SCMK-1700B. As stated, the SCMK-1700B kit provides better cooler clamping to the processor surface. The following illustration allows you to judge the differences in the new version:

The SCMK-1700B kit is already available in Japan and Taiwan. In the US and Europe, it will appear in March.