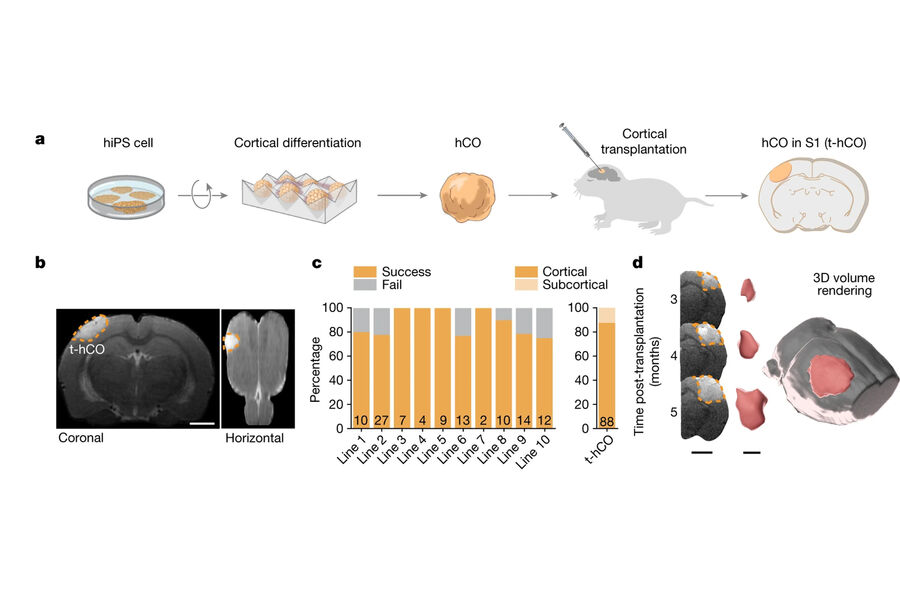 Scientists have transplanted a human brain organoid into newborn rats. An article about this was published in Nature.

Experiments on humans, including on their brains, can be difficult, can cause harm, and are severely restricted by law. In this regard, scientists are growing brain organoids – models that are a conglomerate of interconnected nerve cells. To test the work of the organoid, they tried to transplant them into animals, but did not succeed.

Sergiu Pasca of Stanford University and his colleagues were able to implant a brain organoid in a rat. They transferred the brain organoid to newborn rats, not to adult rats, as their colleagues did. During this period, the brain had not yet completed its development, which allowed the organoid to take root and integrate into its structure. In addition, the mice did not have a thymus, which means that their adaptive immunity could not attack the transplant.

The brain organelles not only took root in the brains of rats: the scientists noted a nine-fold increase in graft volume three months after the operation. Moreover, vessels and microglial cells, macrophages of the nervous system, appeared inside it.

The cells of the brain organoid, which was built into the body of rodents, began to differ from those grown in vitro. They are larger and express genes associated with the maturation of neurons, which means that scientists have achieved the development of an organoid in a living organism.

In addition, the implanted tissue was associated with the rats in an unexpected way. For example, organoid cells were activated when a rat’s whiskers were touched. The authors hope that their method of growing organelles will make it possible to fully investigate the work and development of the human brain.