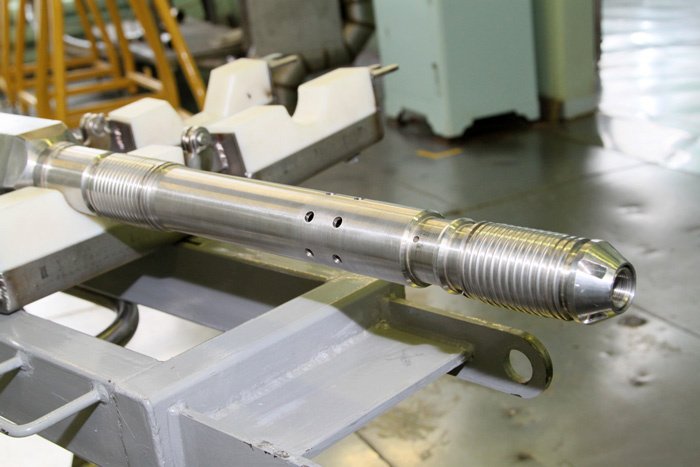 Russian and Kazakh scientists have completed a study of the behavior of mixed nitride uranium-plutonium fuel (MNUP-fuel) in critical situations. According to the press service of JSC “Nikiet” (an enterprise of Rosatom), the results of these tests will form a rationale for the safe operation of “reactors of the future” operating on such fuel. In particular, the Brest-OD-300 reactor under construction.

“Specialists of JSC “Nikiet” in cooperation with enterprises of the state corporation “Rosatom” and NNC [Национального ядерного центра] The Republic of Kazakhstan has successfully completed testing and post-reactor studies of mock-ups of fuel elements (fuel rods) of the Brest-OD-300 lead-cooled fast neutron reactor in the IGR pulsed reactor (Republic of Kazakhstan)“, the message says. The experiments confirmed the theoretical model of fuel rod behavior in beyond design basis situations associated with a sharp increase in the number of neutrons involved in a nuclear reaction. This is necessary to justify the safe operation of reactors operating on MNUP fuel, the first of which will be Brest-OD-300, the report says.

Brest-OD-300 will become part of the Proryv project of a closed fuel cycle, which will allow the regeneration of spent nuclear fuel for its reuse. The reactor is being built on the basis of the Siberian Chemical Combine (an enterprise of Rosatom). The reactor will make it possible to regenerate spent nuclear fuel for its reuse when fed with natural or depleted uranium, the reserves of which will last for thousands of years.