Scientists have refuted the main theory of the origin of life. It didn’t originate in water. 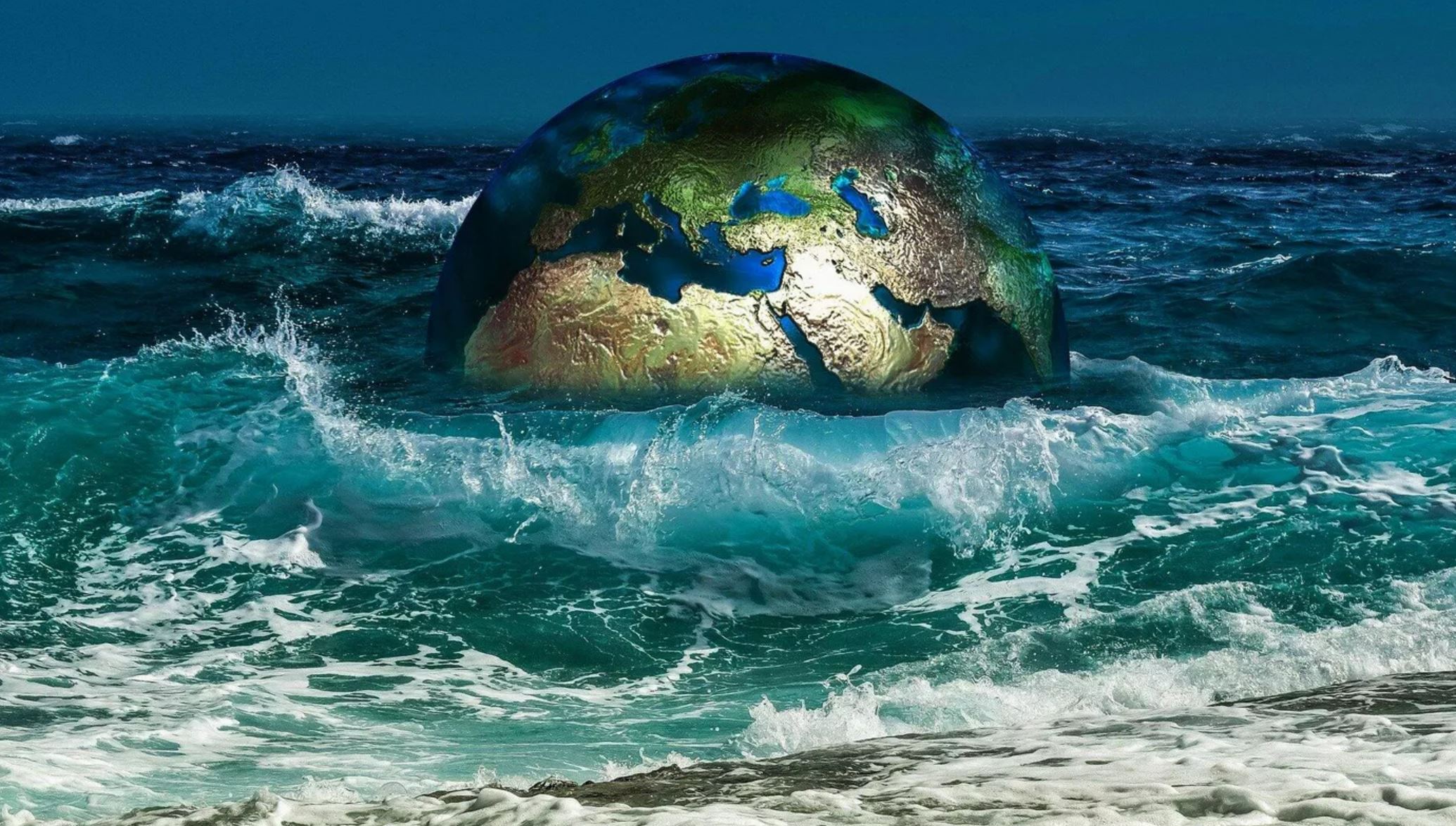 American chemists have established that peptide bonds, the basis of proteins, cannot be formed in an aqueous medium. Complex organic compounds form most easily at the interface between water and air, such as in sea spray. That is, both the ocean and the atmosphere are necessary for the origin of life.

There are two main theories for the origin of life on Earth. The first is abiogenic. The bottom line is that complex organic compounds – the “building blocks of life”, among which amino acids occupy a central place – were formed from inorganic substances directly on our planet as a result of prebiotic reactions.

This assumption was first made in 1922 by the Russian biologist Alexander Oparin. And in the mid-1950s, American biochemists Stanley Miller and Harold Urey confirmed the hypothesis experimentally, obtaining amino acids from the simplest compounds – such as water, ammonia, carbon monoxide and methane. To do this, the laboratory recreated the conditions of the early Earth: heated the “primordial broth” to a boil, passed steam through a flask into which electrodes were inserted, and then cooled.

The second theory is called “panspermia”. Its proponents claim that life came from outer space. This idea, expressed as far back as the 19th century, was long considered unscientific. But then it turned out that the cosmos is filled with “bricks of life.” Spectra of complex organic molecules are present in interstellar space. Comets contain ammonium salts and other compounds that can lead to the formation of urea, amino acids and nucleotides. And in meteorites – a complete set of nitrogenous bases necessary for DNA and RNA.

The issue of the appearance on Earth of the main prebiotic molecules – amino acids – is easily solved. Difficulties arise further. It is rather difficult to explain how complex biopolymers are formed from the primary “building blocks”, which form the basis of all living things – peptides, proteins and nucleic acids.

From a chemical point of view, peptides are molecules built from two or more amino acids connected by peptide (amide) bonds —C(O)NH-. Dipeptides are chains of two amino acids. When there are several of them, these are polypeptides, more than 50 are already proteins.

The formation of peptide bonds is one of the most important biochemical reactions. In the body, it is catalyzed (accelerated) by enzymes. Cells have special organelles called ribosomes that work like macromolecular machines to quickly produce the necessary proteins. The order in which the peptides are assembled determines the genetic code.

Under laboratory conditions, the synthesis of even short peptide chains is a multi-stage process, extremely capricious to external conditions and requiring catalysts. It is based on the dehydration reaction – amino acid residues combine with each other with the release of H2O molecules.

The main difficulty lies in the fact that in the aquatic environment, where life is traditionally believed to have originated, dehydration is possible only with the participation of organic enzymes, which could not be present at the prebiotic stage. At the same time, water is necessary for the maintenance of all forms of life. It turns out a vicious circle.

American scientists from Purdue University proposed their own solution to the “water paradox”. Their article was published in the journal PNAS. For more than ten years they have been engaged in drop chemistry – using mass spectrometry methods, they study reactions in submicron drops of liquids. In particular, the researchers found that the conversion of amino acids into peptides in microdroplets is several orders of magnitude faster than in traditional solutions. This eliminates the need for catalysts, complex organic ingredients, or additional exposure in the form of radiation or electrical discharges.

By spraying microdrops of water containing two different amino acids, glycine and L-alanine, onto a mass spectrometer, the scientists observed the formation of dipeptide bonds. In this way, they proved that the primary organic molecules, simple amino acids, spontaneously form the building blocks of life in drops of pure water.

The authors believe that in the past, the most favorable conditions for thermodynamically favorable synthesis of peptides arose at the interface between water and air, for example, on the surface of microscopic droplets created by sea waves.

“Atmospheric aerosols or sea spray could provide a unique and widespread environment for overcoming the energetic hurdle caused by the condensation and polymerization of biomolecules in water.“, the article says.

Scientists hope that their discovery will find a specific practical application. They have already built a pilot plant at Purdue University that operates on the principle of drip technology. In the future, such equipment can be used for the accelerated synthesis of complex organic substances and the development of new drugs, the researchers believe.