Scientists have discovered another similarity between monkeys and humans It is related to language.

Experts from the University of Warwick (UK) in a recent study found that the “vocabulary” of orangutans is formed and changes depending on the social groups in which they are located. The same thing happens with people. More details – in the article.

Specialists from the University of Warwick (UK) have found that wild orangutans have certain “vocal personalities”, and they depend on the social groups in which the monkeys live and communicate. The data obtained during the study were published in the journal Nature Ecology and Evolution. This discovery will allow us to understand how the development of voice and language in humans took place.

Dr. Adriano R. Lameira of the Department of Psychology at the University of Warwick, along with colleagues, recorded the calls of approximately 70 great apes in six different populations (both large and small groups). These orangutans lived in the swamps and low rainforests of Southeast Asia. 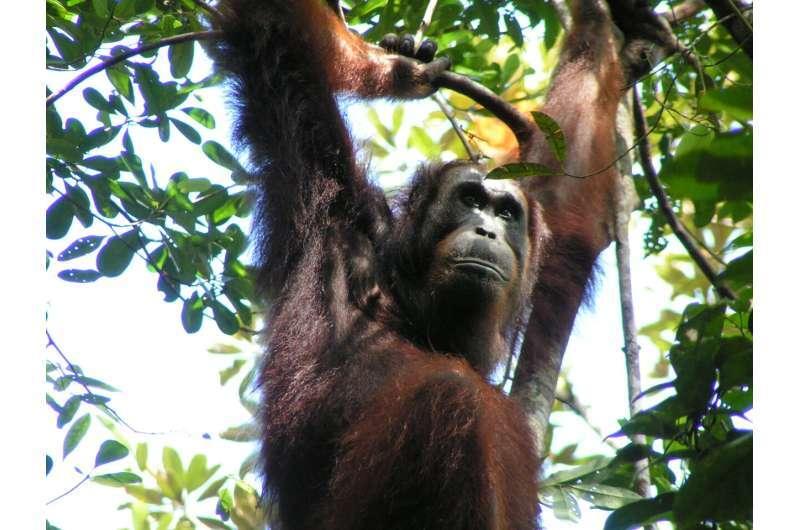 It turned out that in large social groups, monkeys used many original sounds when communicating. They also constantly tried different versions of the sound and some of these options were changed or discarded. In lower density groups, orangutans mostly used regular, more established calls. At the same time, despite the fact that they experimented little with sounds, they always kept a new version of the cry in their “dictionary”. Therefore, their repertoire was larger than in large groups.