Scientists have developed transparent solar panels, can be used like windows in the house 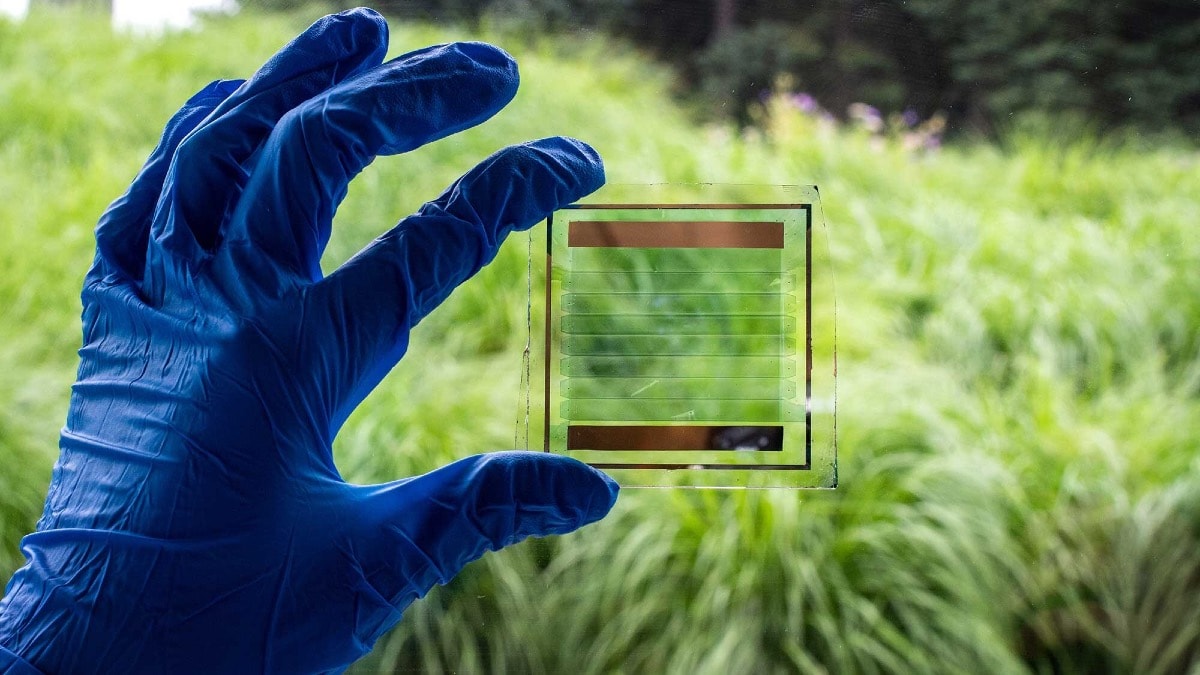 A group of researchers has succeeded in developing a new way of making photovoltaic solar panels that allow light to pass through. These transparent solar cells could start a new energy revolution as they can be installed in offices, homes, factories and other buildings. Moreover, the windows of the house can also be replaced with them, which take very little space for the production of green energy. Researchers have succeeded in developing organic solar cells with a new method that can be put into mass production.

Stephen Forrest, professor of electrical engineering and author of the study published in the journal Joule, said that theoretically we can now scale semitransparent organic solar cells up to two meters by two meters.

Most of the solar cells currently in use are made of silicon, due to which the panel becomes completely opaque. The development and research of silicon photovoltaic cells has accelerated over time. Apart from this, many more alternative solar cell technologies such as organic solar cells are also being gradually explored. But in terms of efficiency and life, they lag behind silicon panels. Now a group of researchers has succeeded in developing solar cells with a record efficiency of 10 percent and a life of 30 years. Compared to opaque silicon solar panels, transparent solar panels are made of organic plastic.

The main problem with the widespread adoption of organic solar cells is that it was impossible to measure the scale of their manufacturing. Researchers have developed a multistep peel-off patterning technique for this, which can make micron-scale connections. This makes their production easier. These panels have about 50 per cent transparency and greenish tint. This makes them fit for commercial use. If these solar panels are implemented in the future, then it can be a big step in the production of green energy.