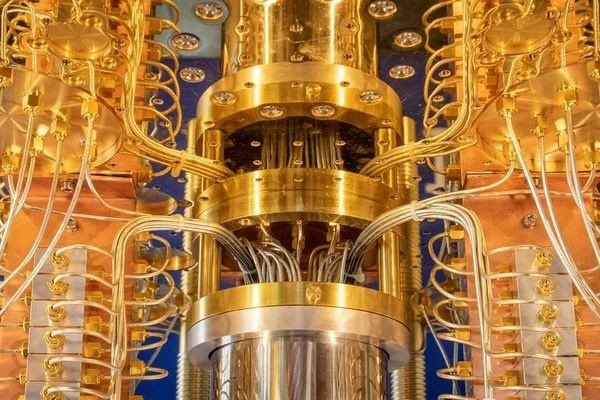 Physicists from the United States and China have created a new type of superconducting qubit with a record long lifetime, made possible by the use of so-called “quantum scars”, exotic quantum objects. This was reported by the press service of the Arizona State University (ASU).

“The application of these objects will help us overcome the main problem in the development of quantum computing. For quantum computers to work, we need to collect a large number of quantum bits at one point in space, but the interactions of qubits with each other lead to a sharp increase in the noise level. As a result, their state is broken in a very short time, about 10 nanoseconds.,” said ASU professor Lai Yingcheng.

The so-called “quantum scars” are exotic quantum objects discovered in 1984 by the famous American physicist Eric Heller. They are paradoxical quantum systems that spontaneously return to their original state even after they have been in a non-equilibrium state for a significant time.

One form of “quantum scars” was discovered in 2017 by Russian-American physicist Mikhail Lukin and his colleagues during experiments on a quantum computer they created based on cold atoms. This discovery generated a huge interest in the use of “quantum scars” in the field of quantum sensorics and metrology.

Professor Lai Yingcheng and his colleagues wondered if the quantum objects discovered by Professor Lukin and his colleagues could be used to eliminate one of the main drawbacks of quantum computers based on superconductors – the inability to place a large number of superconducting qubits next to each other due to a rapid decrease in typical lifetime quantum memory cells.

As the scientists explain, their interest in “quantum scars” was due to the fact that the high level of stability of these exotic objects in a high level of chaos in the environment is potentially able to protect superconducting qubits from the effects of interference resulting from their random interactions with each other.

Guided by this idea, physicists modified the operation of a superconducting quantum computer based on 30 qubits in such a way that the interactions of quantum memory cells led to the birth of “quantum scars”. Subsequent experiments showed that this approach increased the lifetime of quantum bits to about 300-400 nanoseconds, which is still a record for such complex systems.

Subsequent experiments, as the researchers hope, will help them increase the unhindered operation time of qubits several times more. This will make it possible to use superconducting quantum computers to carry out complex calculations with a large number of operations, as well as to search for phenomena that are still unknown to us in the world of quantum particles.