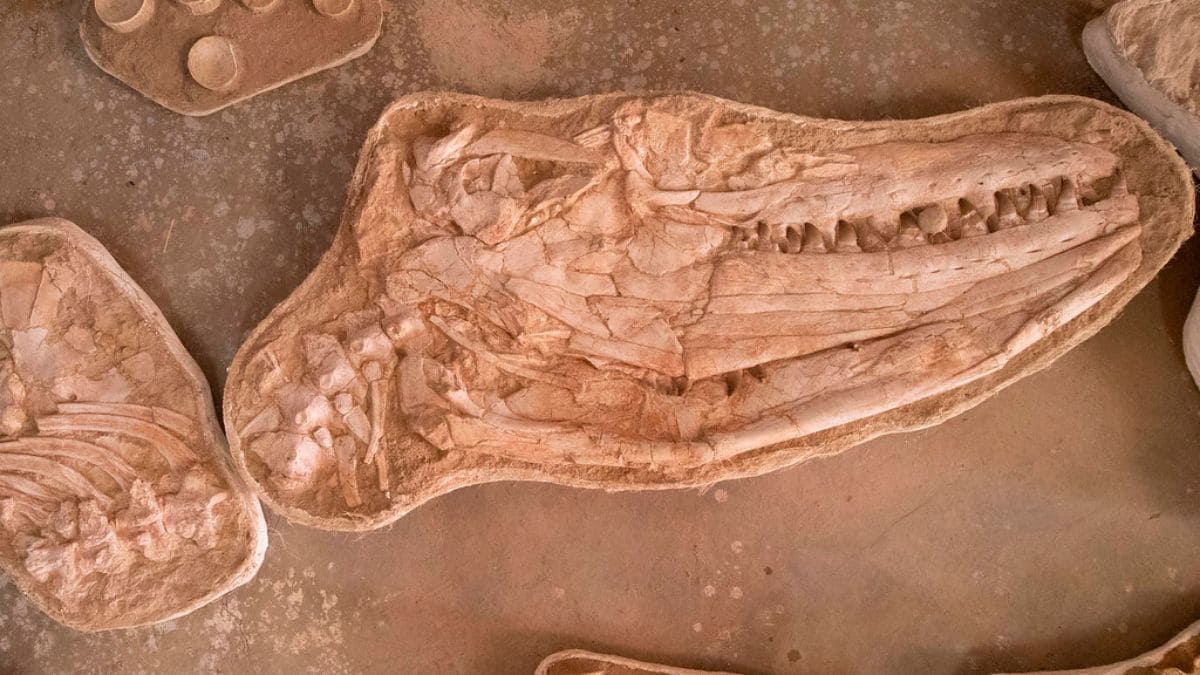 About 66 million years ago, when dinosaurs dominated the earth, giant sea creatures were ‘ruled’ even in the oceans. These were called mosasaurs. Now researchers have discovered the fossil of a new species of mosasaur named Thalassotitan atrox. Mosasaurs were like giant sea lizards, which could have been up to 12 meters in length. He belonged to the family of modern ‘monitor’ lizards and ‘iguanas’ and looked like a Komodo dragon. Although they were sea creatures, mosasaurs did not have shark-like fins. He had flippers. During the 25 million years of the Cretaceous period, these reptiles evolved to become larger and more specialized, while some species diverged to feed on smaller fish. Thalassotitan atrox is said to have ruled the seas for a long time.

Report According to the report, the fossil was unearthed outside the city of Casablanca, Morocco. According to the researchers, the length of Thalassotiton was about 9 meters, while its skull was 1.4 meters long. Most mosasaurs had long jaws and slender teeth that were effective at catching small fish, but thalassotitans also had a short, wide muzzle and large teeth, which may have helped them to hunt.

According to the researchers, these features suggest that Thalassotitan was a prolific hunter and was at the top of the food chain. It had ecological habitat similar to that of whales and white sharks. The broken and decayed condition of the teeth of Thalassotitan suggests that it did not hunt fish, but used them to kill other marine reptiles.

The study, published in Cretaceous Research, says that Thalassotitan was a wonderful, fearsome animal. From the place where scientists have found fossils, some more fossils have also been found from there. But it is in very damaged condition. Researchers say they can’t confirm who ate the rest of the mosasaurs, but they do have the bones of marine reptiles killed by larger predators.