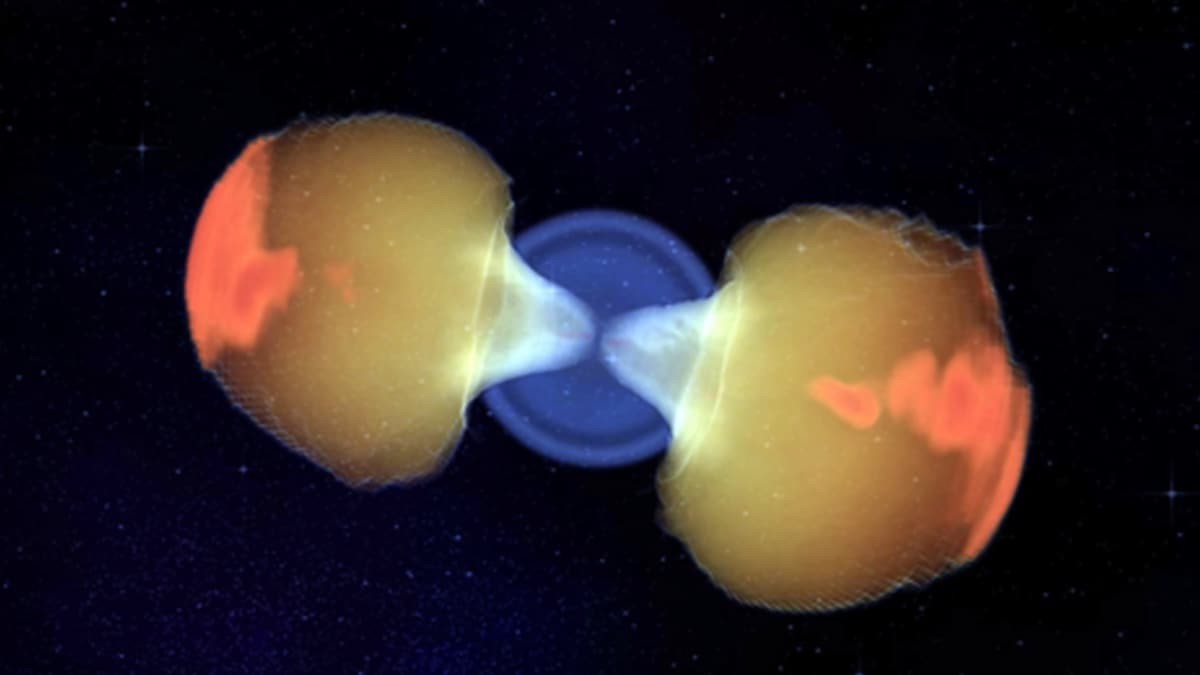 Scientists have developed the first 3D simulation of the entire evolution of a jet. It shows how a jet is born near a rotating black hole and eventually tries to escape from a collapsing star. The simulation shows that as the star collapses, its material falls on the same disk that revolves around the black hole. This material tilts the disc, after which the jet tilts and struggles to return to its original trajectory. This staggering jet also explains gamma-ray bursts and states that these are all very rare.

The study was published on June 29 in the Astrophysical Journal Letters. It depicts the first 3D simulation of a jet’s full evolution. That is, from its birth near the black hole to its emission after escaping from the collapsing star. The new model is the highest resolution simulation of the jet to date.

Study Ore Gottlieb of Northwestern University, who led the study, said jets are the most powerful phenomena in the universe. Previous studies have tried to understand how they work, but those studies were limited to computational power and involved many assumptions. In our study, we were able to model the entire development of Jet from the very beginning. We followed the jet from the black hole to the point of emission and discovered a process that had been overlooked in previous studies.

Ore Gottlieb is a Fellow at the Northwestern Center for Interdisciplinary Exploration and Research in Astrophysics (CIERA). He co-authored this research paper with Sasha Tchekhovskoye, assistant professor of physics and astronomy at Northwestern’s Weinberg College of Arts and Sciences.

A jet is the most powerful phenomenon in the universe that emits bright gamma rays. It occurs when the core of a massive star collapses under its own gravity to form a black hole. He falls into the black hole and wants to launch the jet into that collapsing star. Jet punches the star until it goes away. As the star moves away, the jet produces a bright gamma ray.

The new simulation also showed that some of the magnetic energy in the jet is partially converted into thermal energy. This suggests that the jet has a composition of magnetic and thermal energy, which produces gamma rays.