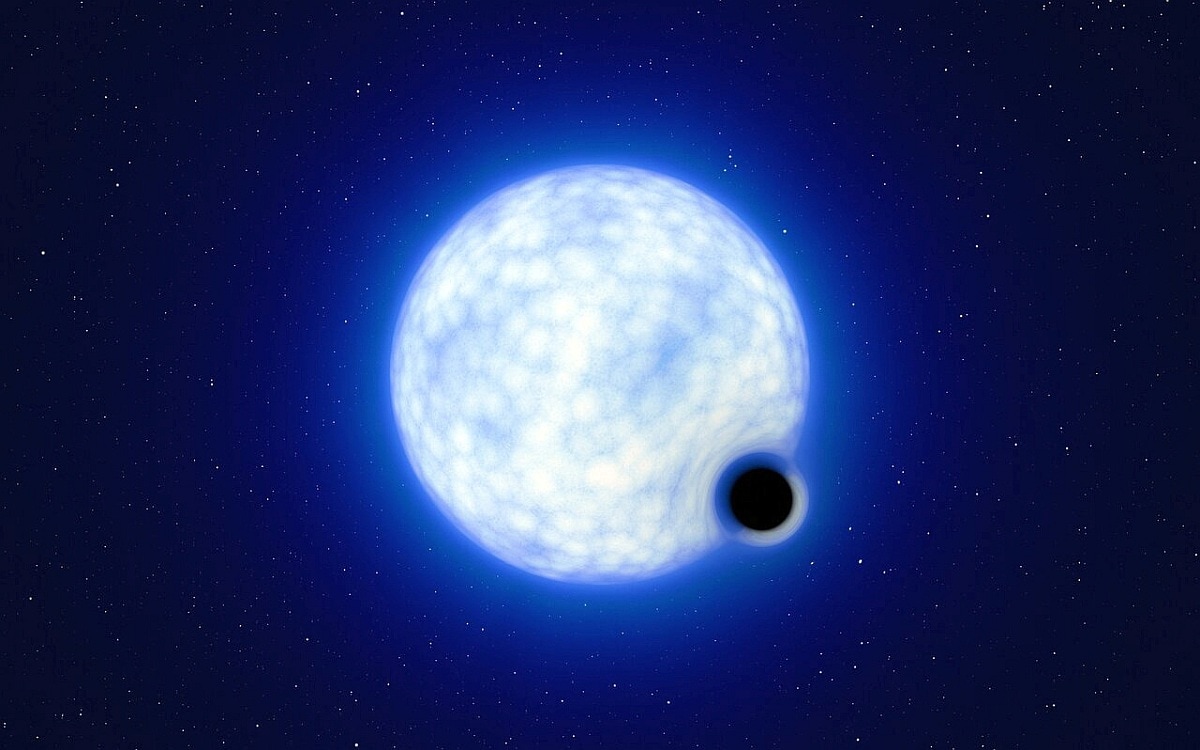 Scientists have observed a black hole near our galaxy, which they have classified as a dormant black hole. Scientists think that this black hole was born without an explosion in a dying star. Black holes generally have a similar tendency, but this one is different from the rest. Actually it is an ‘X-ray Quiet’ black hole, which means that it does not emit X-ray radiation. Usually, black holes are born from an explosion in a massive star, which is called a supernova, but this black hole is formed for different reasons. Keep in mind that black holes are called dense objects whose gravity is very high. It can pull anything towards itself. After entering into them, the light is also ‘lost’.

According to a Reuters report, this black hole has been found in the Tarantula Nebula region of the Magellanic Cloud galaxy. Its mass is at least nine times greater than that of our Sun. It is located at a distance of about 160,000 light years from Earth. Keep in mind that there are 9.5 trillion kilometers in a light year.

Dormant black holes are generally common. They are difficult to detect, because they interact very little with the things around them. in nature astronomy published Tomar Schner, lead author of the study and a researcher in astronomy at the University of Amsterdam, said finding the black hole was like looking for a needle in a haystack. Karim al-Badri, an astronomer at the Harvard and Smithsonian Center for Astrophysics and co-writer of the study, said it was the first of its kind discovered by astronomers in decades. To reach this point, the researchers used 6-year observations of the Very Large Telescope in Chile.

It is also worth noting that a very bright and hot blue star whose mass is about 25 times more than the Sun, it orbits with this black hole. This so called binary system is named VFTS 243. Researchers believe that the black hole’s companion star will eventually become a black hole and the two may merge.