Scientists are going to find the first stars of the universe 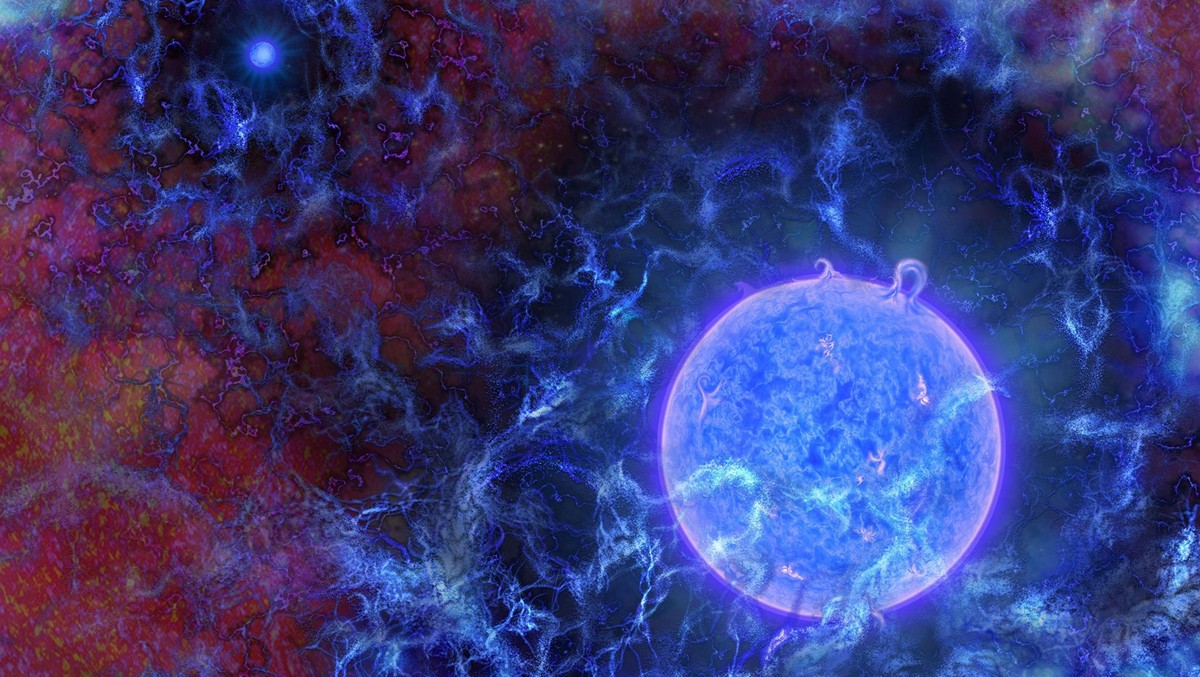 In the near future, astronomers may be able to detect the very first stars in the universe. Scientists have developed a new detection method that could do just that.

The method is based on neutral hydrogen radio link or 21 cm line. In fact, this is the radiation that was emitted by the hydrogen atoms that filled the young Universe in Dark Ages.

Such signals are incredibly weak – hundreds of thousands of times weaker than typical modern radio signals in our galaxy. Therefore, complex data analysis is required to isolate such signals. In particular, scientists are going to measure the difference between the emission of hydrogen clouds and the signal behind them, hoping to see the stars as if they were “shadows in the fog.”

Finding the first stars is extremely difficult. The fact is that in the Dark Ages, according to the Big Bang theory, the Universe has already become transparent to various forms of electromagnetic radiation. However, at the same time, the first stars were surrounded by clouds of neutral hydrogen, which absorb light very well, so it is difficult to detect or observe the light of such objects.

For research, scientists are going to use the Square Kilometer Array (SKA) radio telescope currently under construction. This is a radio interferometer that will become the largest in the world. Its antennas will be located in Australia, New Zealand and South Africa. Its sensitivity will be 50 times higher than other similar telescopes, which should make it possible to realize the new idea of ​​astronomers.