Scary video: Tesla on autopilot rams another car at a speed of 120 km / h 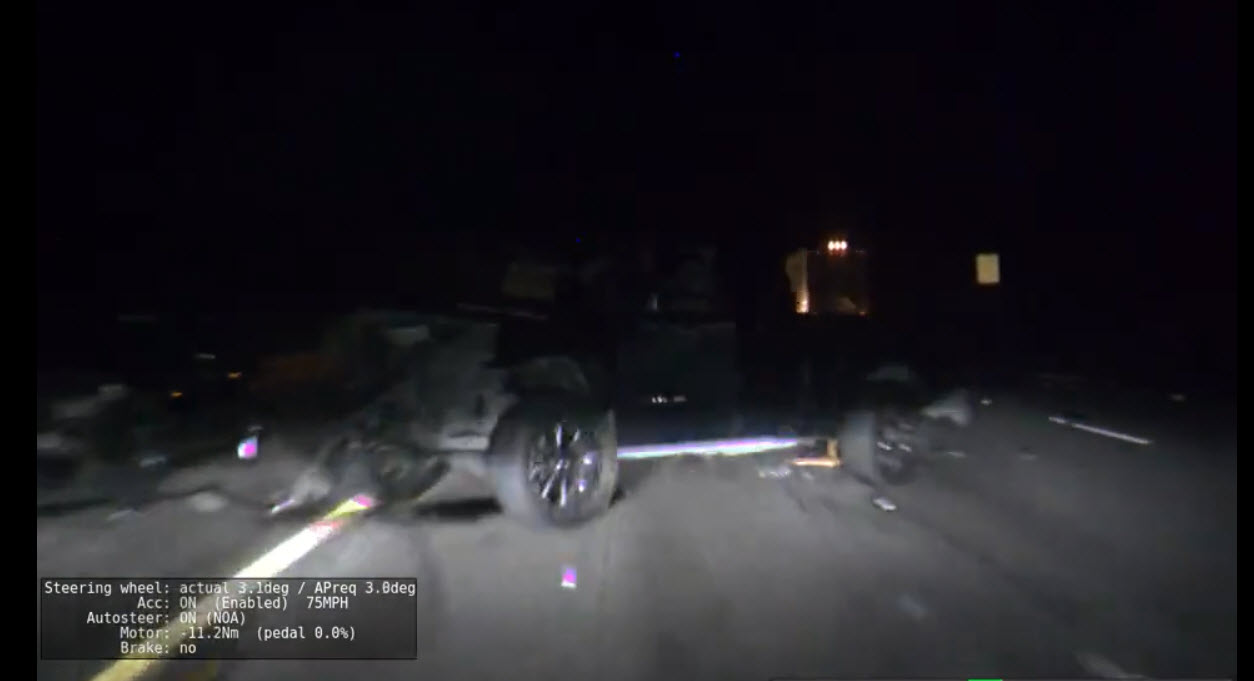 There was a new accident involving the self-driving system of a Tesla electric car, and a video was leaked to the Network, which was recorded by a camera mounted on the bumper of the car.

The incident took place in North America. The firmware version 2021.4.18.2 was installed in the car’s computer system, while the car was equipped with millimeter-wave radar.

The car did not automatically turn on the high beam, it moved in the leftmost lane along the highway, which did not have street lamps. The travel speed was 120 km / h. Without slowing down, the car rammed another car, which had already been involved in an accident.

Last week Elon Musk commented on the tragic accident involving the Tesla Model 3 electric car, as a result of which 1 person died and 20 more were injured. He also stated that Tesla’s self-driving capabilities are improving every month. He added that this is one of the areas in which no one says thank you for the lives saved, but they are sure to be blamed in case of accidents.