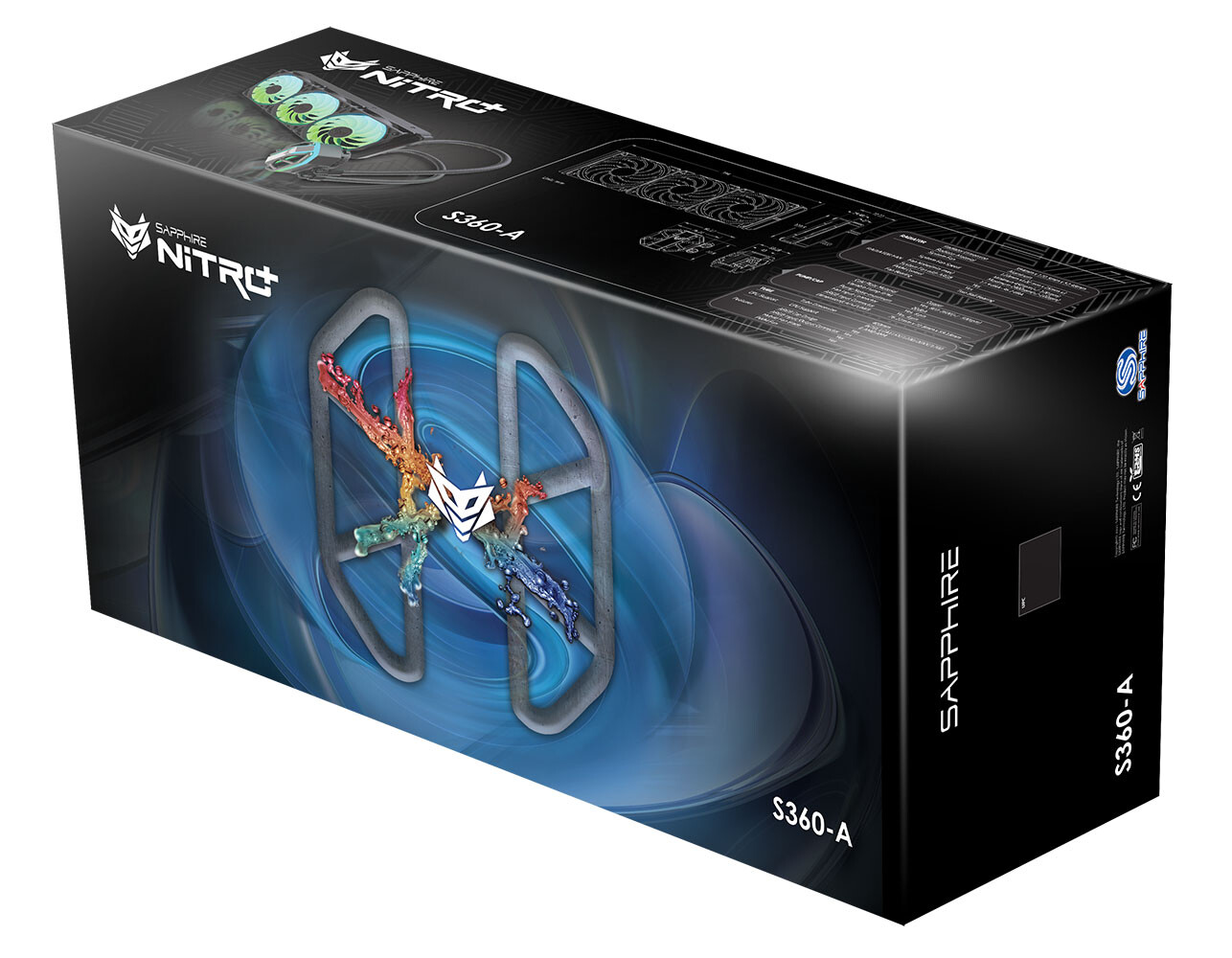 Sapphire has entered the processor cooling market. The company’s first product, better known as a supplier of graphics cards, was the Nitro + line of closed-loop liquid cooling systems. It includes two models, the difference between which lies in the length of the radiator. Model S360-A, as you might guess, received a radiator with a length of 360 mm, and model S240-A – with a length of 240 mm. In the first case, three 120mm fans are installed on the radiator, and in the second, two. The radiators themselves are made of aluminum.

The design of the LSS includes a 7th generation pump unit manufactured by Asetek, in which the pump itself is combined with a temperature sensor and a logic circuit, depending on the temperature, changing the speed in the range from 800 to 2800 rpm. The unit is adorned with addressable RGB lighting. The fans mounted on the heatsinks are also adorned with addressable RGB lighting. They are reminiscent of the fans used in cooling systems for Sapphire’s Nitro + series graphics cards. These are fans with double ball bearings and 13-blade impellers that are joined at the edges in a ring to direct all the air flow axially. The fan speed is adjustable from 450 to 2500 rpm.

Supported sockets include LGA1700, AM4 and LGA1200. The company does not disclose prices.