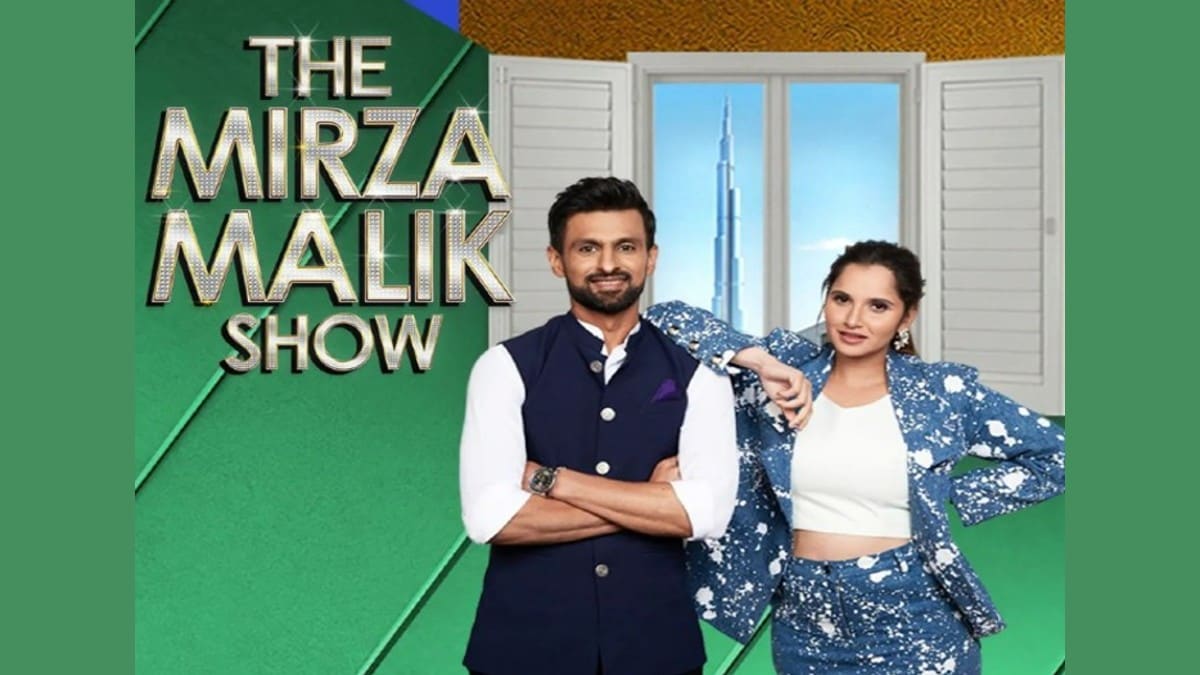 The news of tennis star Sania Mirza and cricketer Shoaib Malik’s divorce has been creating a ruckus for the past several days. Now this couple has surprised everyone by making an announcement in the meantime. People do not understand what is the matter. Recently there were reports from Pakistani media that Sania and Shoaib are going to get divorced. In some reports, even the talk of getting divorced had started going. But so far this has not been confirmed by Sania and Shoaib.

How true is the matter of divorce, this mystery was not even solved yet that Sania and Shoaib have made a big announcement. Due to which the media and the fans of both of them have been surprised. Sania and Shoaib are coming with a show. It will be a talk show in which both will appear. A poster of this show has also been shared on Urduflix. That is, the show has been officially confirmed.

The special thing about the poster of The Mirza Malik Show is that Sania and Shoaib look like a perfect couple in this poster. On the other hand, the media is full of the news of their divorce. Pakistani model Ayesha Omar is believed to be the reason for the rift between the two. Shoaib Malik got a bold photoshoot done with Ayesha. Since then, there was a discussion on whether Ayesha and Shoaib were more close than this.

In such a situation, mixed reactions of people are being seen on social media. Many people have even called it a publicity stunt. People are saying that stars often do such stunts to highlight their films and other projects. On the other hand, from Sania and Shoaib talk of divorce But neither any comment has been made nor has it been officially confirmed. But looking at the recent picture shared by Shoaib Malik on Twitter, it doesn’t seem like anything like divorce is going on between the two.

When you were born, we became more humble and life meant something special to us.

We may be not together and meeting everyday but Baba is always thinking about you and your smile every single second.

May Allah give you everything you ask for Izhaan…

Looking at all these aspects, it can be said that the news of divorce of both can prove to be only media spice. However, Shoaib Malik has disclosed about The Mirza Malik Show once before. In March this year, he told about this show. How much truth is there in the matter of divorce, it will be known only when Sania or Shoaib breaks the silence about it.