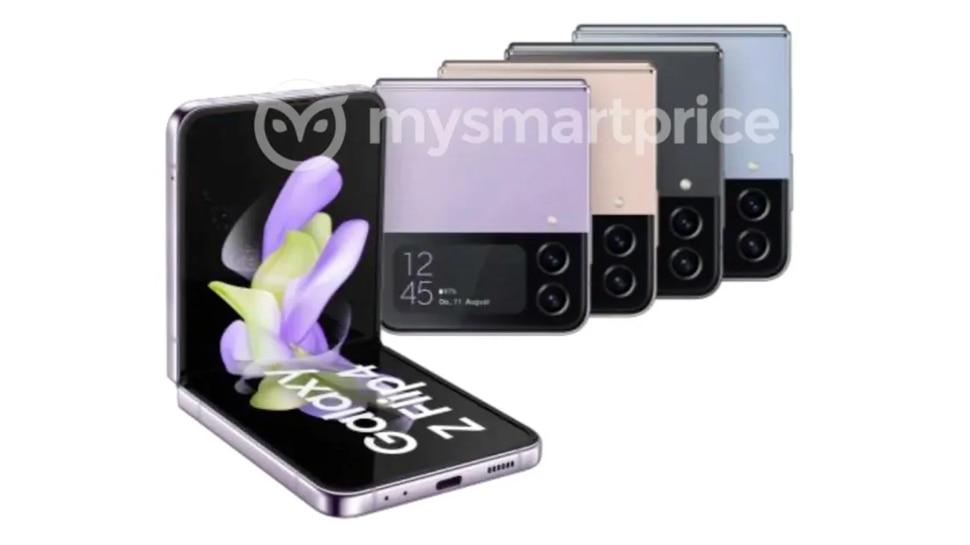 Samsung is going to launch a new smartphone very soon, whose features and design have been shown. This is a flip phone, which is discussed a lot. The pictures of the phone have been leaked. Seeing that the phone is going to enter India soon.

Samsung is going to introduce Samsung Galaxy Z Fold 4 and Galaxy Z Flip 4 this year, these are the company’s latest foldable smartphones and now a new leak has revealed the official renders of the new Flip model. The latest leak comes from a MySmartPrice report that shared what appear to be official renders of the Galaxy Z Flip 4. The pictures of the phone have been leaked. Seeing that the phone is going to enter India soon.

Looking at the pictures, it is known that the device has a clamshell display on the front, while the rear has a small external display next to the dual rear camera setup. It includes a USB Type C port at the bottom, with a speaker grille and microphone on the sides.

Talking about its rumored specs, the handset is expected to sport a 6.7-inch AMOLED primary display with FHD+ resolution. On the other hand, the outer panel is a 2.1-inch screen, which is bigger than the 1.9-inch screen of the previous generation.

The Samsung Galaxy Z Flip 4 is expected to feature Qualcomm Snapdragon 8+ Gen 1 SoC and will be powered by a 3,700mAh battery pack that can support 25W fast charging. Other features include a 12-megapixel dual camera setup at the back, up to 8GB of RAM and 256GB of internal storage. This model will reportedly be launched alongside the Galaxy Z Fold 4 during the Galaxy Unpacked event on August 10.