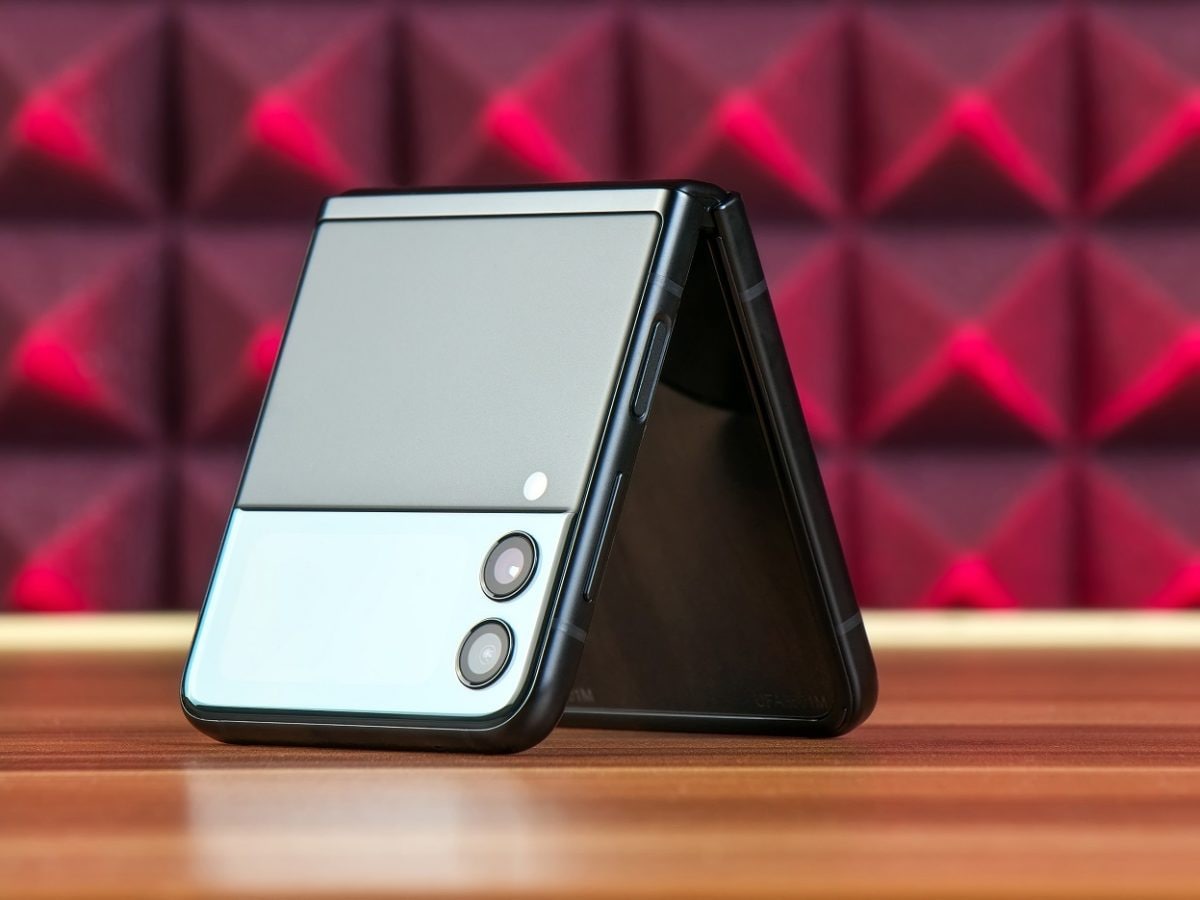 Foldable phones will be launched at the Samsung Galaxy Unpacked event.

Galaxy Z Flip 4 and Galaxy Z Fold 4 can be presented in the event.

Dual display is expected to be available in Galaxy Z Flip 4 and Galaxy Z Fold 4.

Samsung is set to unveil the next generation foldable smartphone at its annual Galaxy Unpacked event in August next month. It is believed that Samsung can present Galaxy Z Flip 4 and Galaxy Z Fold 4 in this event. Ahead of the launch, a new report has been leaked regarding the Galaxy Z Flip 4. 91mobiles recently revealed the officially visible images of the Galaxy Z Flip 4 poster. The photo doesn’t reveal much about Samsung’s upcoming Flip smartphone, but it does suggest that the device will be available in ‘Bora Purple’ color option.

The finish looks similar to the lavender variant of the Galaxy Z Flip 3. However, some minor differences have been mentioned in the report. It is said that it will have slightly bigger buttons and camera lens which goes even further than the previous edition.

Although no information has been given about the specifications of the phone in the leaked pictures, but even before this, information about the features has been leaked.

A 10-megapixel selfie camera is available at the front of the phone, which is expected to be given in the under display instead of the notch. Samsung Galaxy Z Flip 4 can also get a 3,700mAh battery with 25W fast-charging support and 10W wireless charging support.