Samsung surpasses 300,000 units on the first day of pre-launch of the ‘Galaxy S22’… all-time high 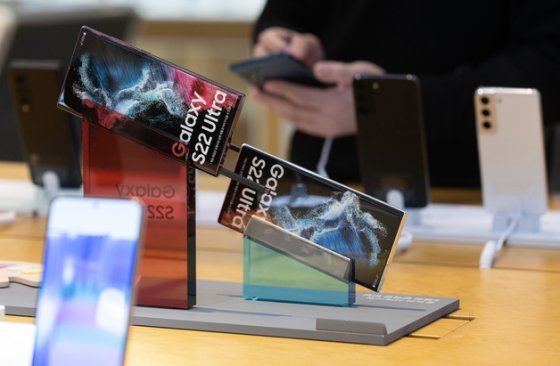 Samsung Electronics announced on the 23rd that the number of pre-sales of the ‘Galaxy S22’ series has exceeded 300,000 units. It is the highest record for the first day of opening among all Galaxy products.

The Galaxy S22 series started pre-sale on the 22nd after pre-sale for 8 days from the 14th to the 21st. As of the first day of opening, the previous record for the most was the foldable phones ‘Galaxy Z Fold 3’ and ‘Flip 3’ released in August last year, with 270,000 units opened.

According to the telecommunication industry, the pre-sale of the Galaxy S22 is known to be slightly lower than that of the Galaxy Z Fold 3 and Flip 3.

In the case of the ultra model, it is analyzed that the Galaxy S’s first built-in S Pen function is installed, which has attracted demand for the ‘Galaxy Note’. Although the S Pen was applied to its predecessor, the Galaxy S21 Ultra, there was a limit to attracting Galaxy Note users because it did not support a built-in storage space. However, in the case of this ultra model, it seems to be absorbing users who have been waiting for the successor model after the 2020 ‘Galaxy Note 20’ in that it provides the exact same experience as the Galaxy Note.

In addition, it is analyzed that the same price as the previous work was maintained despite the performance improvement such as the camera, which led to such a favorable response.

The industry is watching with interest whether Galaxy S22 shipments can exceed 30 million units. Samsung Electronics has not surpassed the 30 million mark in shipments of flagship smartphones since the ‘Galaxy S10’ released in 2019.