The authors of the PhoneBuff channel in one of the issues found out which device launches applications and generally works faster: iPhone 13 Pro Max or Samsung S22 Ultra. The test results are in the material.

PhoneBuff YouTube channel experts tested the speed of top-end smartphones Samsung S22 Ultra and iPhone 13 Pro Max. It turned out that one of them is often faster than a competitor.

During the experiment, the authors of the channel launched a variety of applications on smartphones and noted which of the devices was faster in each case. For example, Samsung launched Starbucks, Word, Excel applications faster. In general, the gap between the S22 Ultra and the iPhone 13 Pro Max turned out to be quite noticeable. 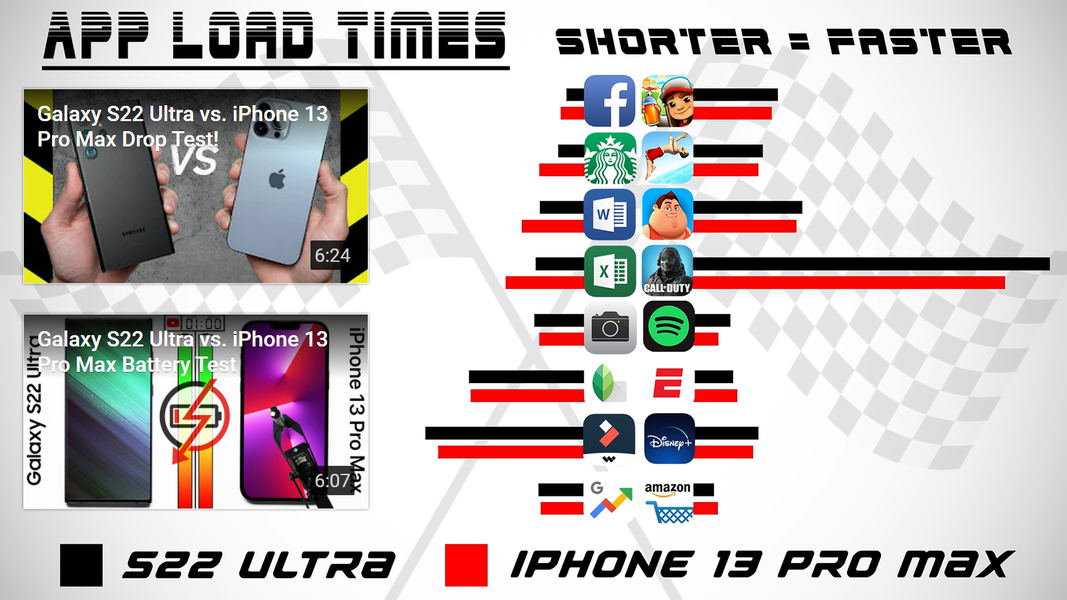 However, in the end, the iPhone still overtook Samsung and finished the test first in 2 minutes 22 seconds. In the second run, the iPhone 13 Pro Max was also the best, with a time of 49 seconds, while the S22 Ultra had 50 seconds.

In general, according to the results of the test, the iPhone 13 Pro Max became the winner, as it opened most applications faster.