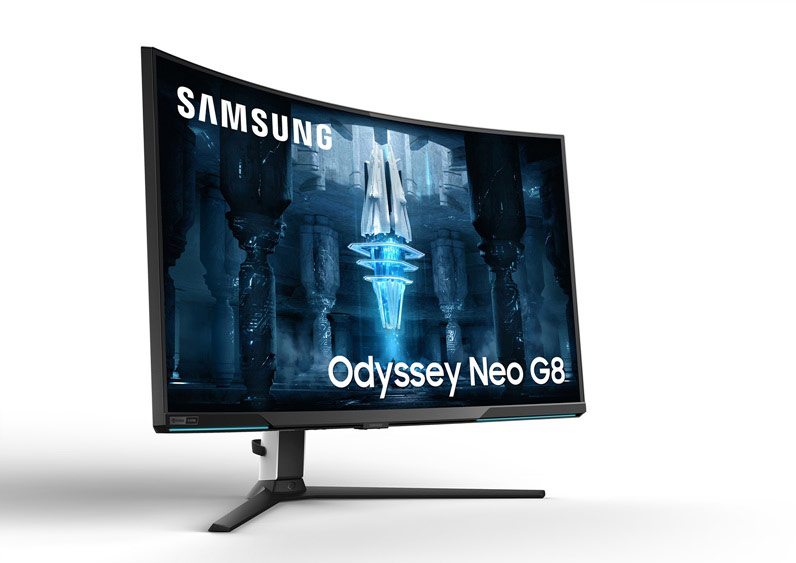 Samsung Electronics plans to unveil the Odyssey Neo G8 gaming monitor at CES 2022. It is based on a concave 32-inch LCD panel with 4K resolution (3840 x 2160 pixels). The curvature of the panel is 1000R, and the backlighting is made on miniature Quantum Mini LEDs. They are 40 times smaller than the existing ones, and the word Quantum speaks of the use of Samsung’s patented Quantum Matrix image quality control technology.

The monitor is equipped with two HDMI 2.1 inputs and one DisplayPort 1.4. A handy feature is the Auto Source Switch + function, which automatically detects when a source is on and switches the monitor to it.