Samsung has done what no one else has. The company was the first in the world to implement the process of computing in MRAM 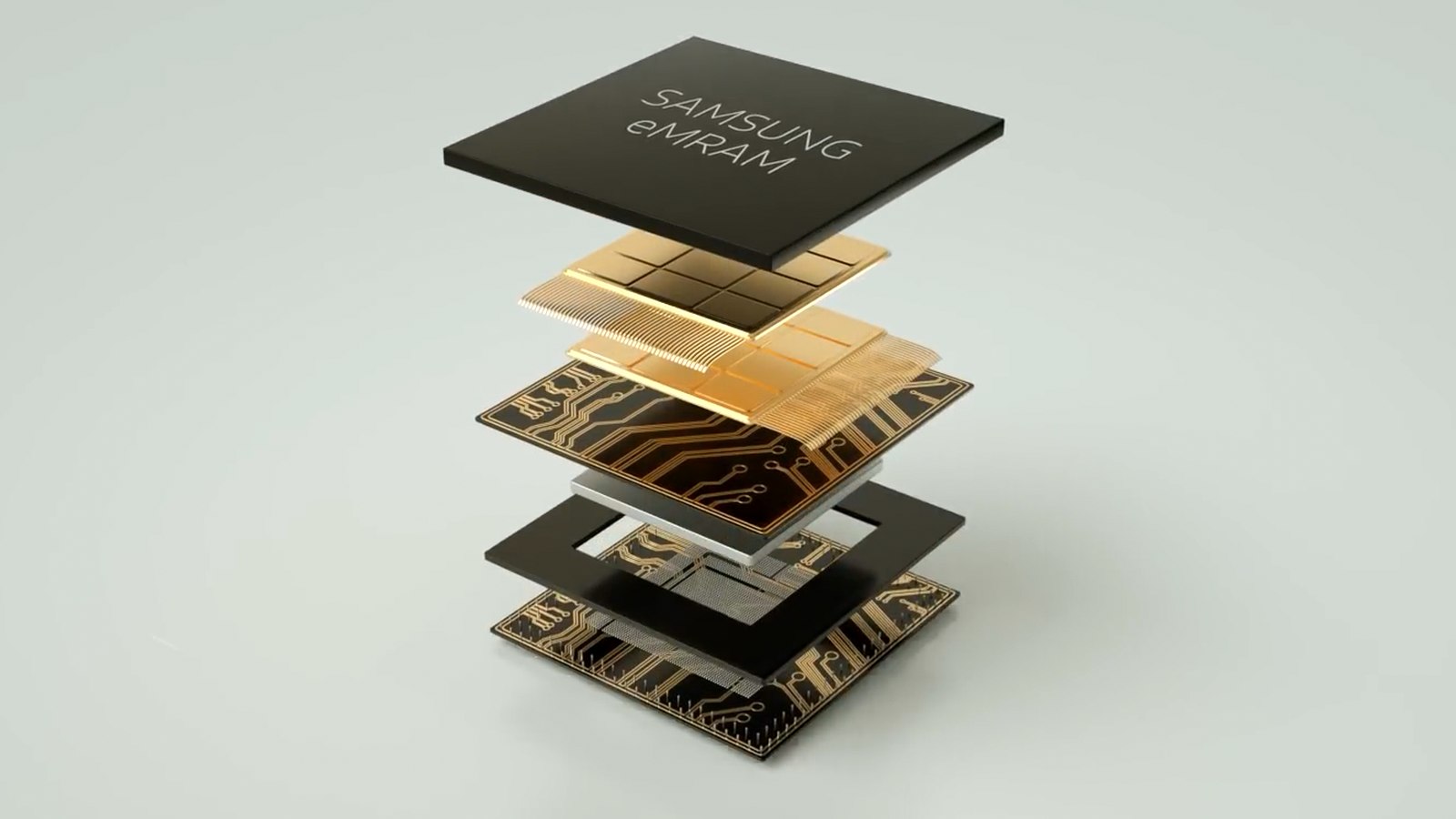 Samsung was the first company in the world to realize the process of computing in MRAM.

Magneto-resistive RAM has the potential to replace conventional DRAM, with many advantages. However, when it comes to computing directly in memory, there are a number of problems.

As stated in the scientific work of Samsung scientists, the development of a magnetoresistive random access memory array with spin momentum transfer remains a difficult task, despite the practical advantages of the technology. The difficulty is due to the low resistance of the MRAM, which would result in high power consumption in a conventional matrix array using current summation for analog multiply-accumulate operations. The company created a 64×64 jumper array based on MRAM cells that overcome the low resistance problem with an architecture that uses resistance summation for analog multiply-accumulate operations. The array is integrated with readout electronics based on 28nm CMOS technology. Using this array, a two-level perceptron was implemented to classify 10,000 handwritten digits with 93.23% accuracy. In the emulation of a deeper eight-layer Visual Geometry Group-8 neural network with measured errors, the classification accuracy increases to 98.86%. Samsung also used an array to implement one layer in a ten-layer neural network, and an accuracy of 93.4% was achieved in the face recognition task.

Samsung’s development could enable the use of MRAM computing to create AI, including as a platform for simulating the brain by simulating brain synapse connections.

Talk about work! Forgot the password of Wifi, in this way you can easily see