Samsung gave a big blow! Powerful smartphone with 108MP camera discontinued, know what was the reason 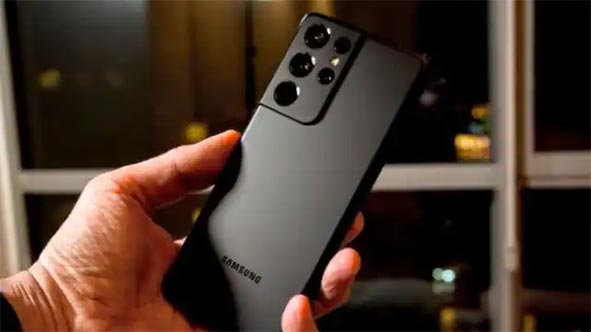 Samsung has given a big blow to the users. According to a report by PhoneArena, the company has discontinued its premium handset Samsung Galaxy S21 Ultra. This phone is no longer available for sale on the official website of Samsung US. The report states that on clicking the ‘buy now’ option on the website, the page is redirecting to the option to buy the Galaxy S21, S21+ and S21 FE. .

This phone working on Exynos 2100 chipset has also gone out-of-stock in many places in Europe. In such a situation, it is believed that the phone can be discontinued in Europe soon. Some experts believe that the company is discontinuing it due to the Galaxy S22 Ultra as it may affect the sales of the new phone. The company is about to launch its Galaxy S22 series of smartphones on February 9.

Features and Specifications of Samsung Galaxy S22 Ultra The
company has a 6.8-inch Dynamic AMOLED 2X display with 3200×1440 pixels resolution. Equipped with 12 GB RAM and 256 GB internal storage. For photography, four cameras have been given in the rear of the phone with LED flash.

It has a 12 megapixel ultra-wide angle camera with 108 megapixel primary camera and two 10 megapixel cameras. A 40-megapixel front camera has been given in the phone for selfie. To give power to the phone, it has a 5000mAh battery, which supports fast charging.