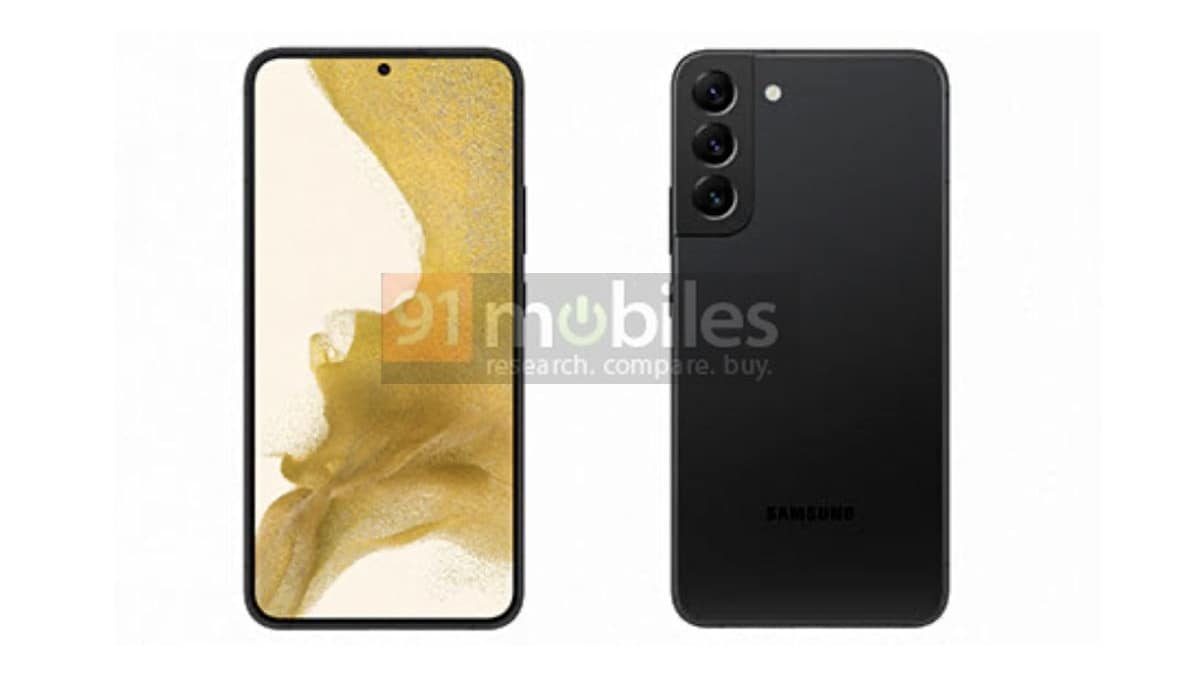 According to Tipster Max Jambor (MaxJmb), Samsung Galaxy S22 series and Samsung Galaxy Tab S8 series together launch Will. Apart from this, Tipster has not made public any other information related to these two flagship series of Samsung.

Tipster Ishan Agarwal (@ishanagarwal24) 91Mobiles In partnership with Samsung Galaxy S22+, some official looking renders have been shared. Apart from this, the tipster has also shared some key specifications of the phone. As per the renders, the Samsung Galaxy S22 Plus phone will feature a flat display with a hole-punch cutout, which will be located in the center of the display. Also, thin bezels will be present in all the sides of the phone.

In the renders of the Samsung Galaxy S22 Plus, it can be seen that the power button and volume button will be located on the right edge of the phone, while the SIM-tray will be present on the left edge. on the back panel of the phone Samsung Galaxy S21+ The same design is seen in which there is a triple rear camera setup, which is located on the left edge in a rectangular module.