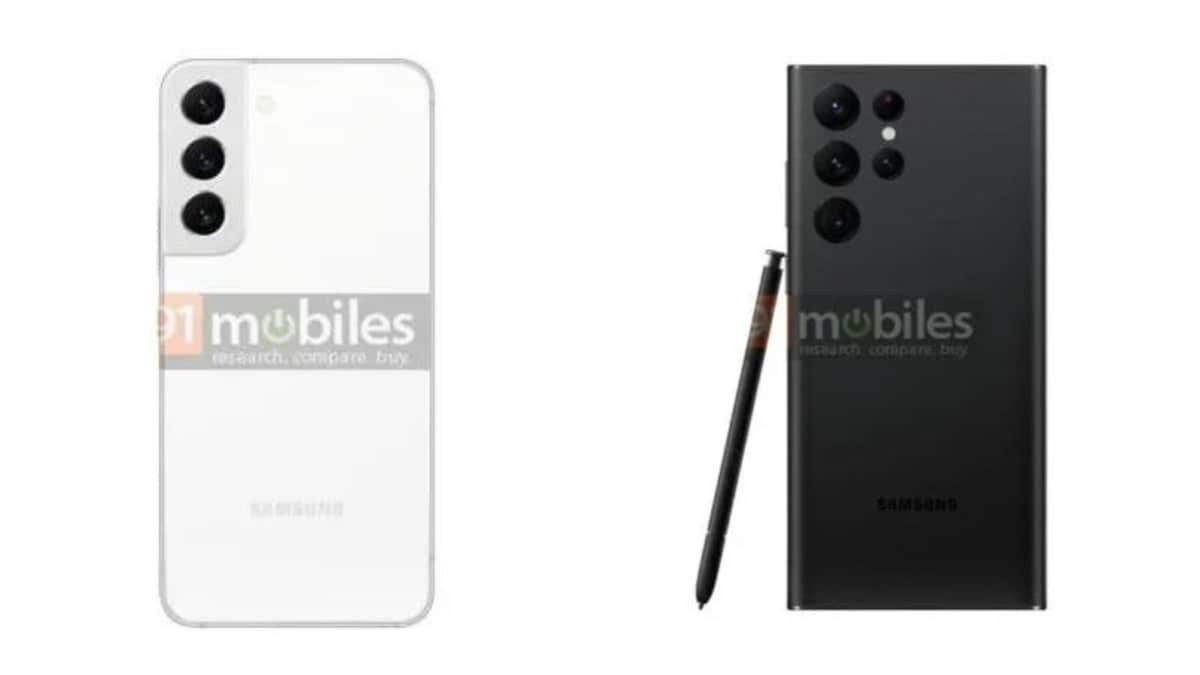 Talking about the design of the Samsung Galaxy S22 phone, the renders show a hole-punch cutout display which is located at the top-center. The metal frame is seen in the phone, on the right edge of which the power button and volume rocker are present. Curved edges are present in the phone. Triple rear camera setup can be seen on the back panel. However, this camera module does not come with any kind of camera bump.

On the other hand, the Samsung Galaxy S22 Ultra phone also has a metal frame and the volume and power buttons are located on the right edge. S Pen support is available with this phone. The quad rear camera setup can be seen on the back panel of the phone. However, this camera module does not come with any kind of camera bump.

As of now, the series launch date has not been revealed. However, it is believed that the phone can be launched on February 8 or 9 next year.