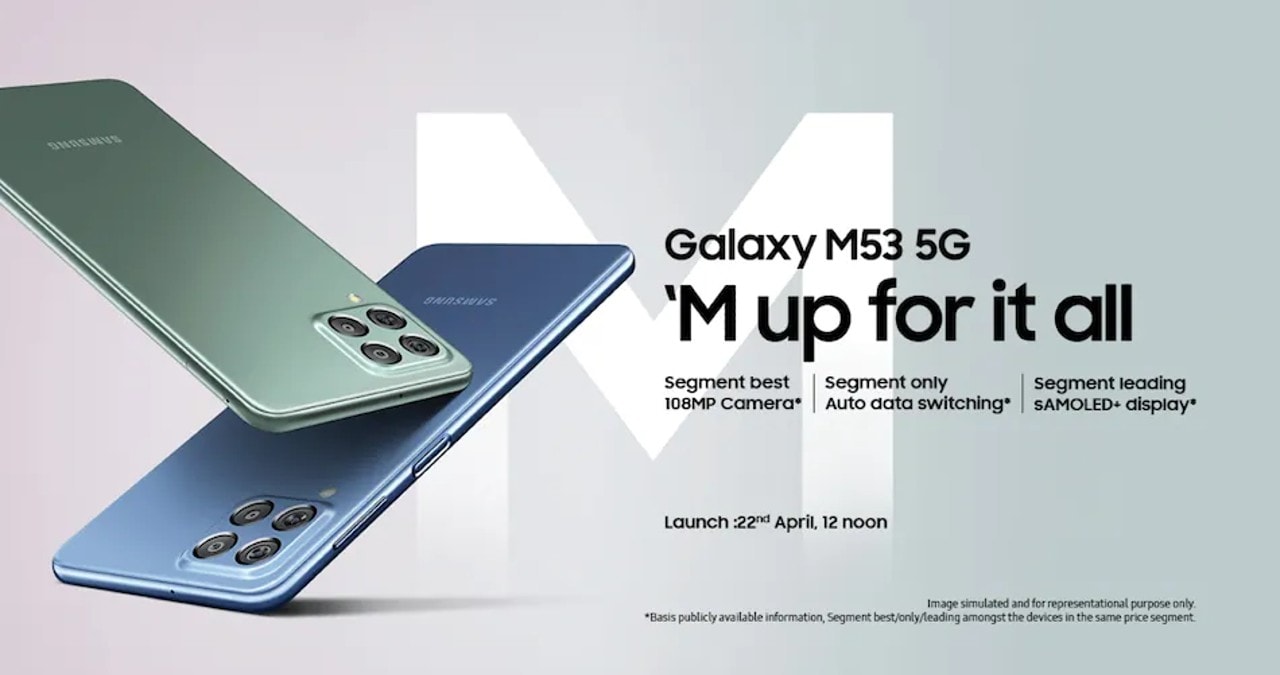 Samsung is about to launch Samsung Galaxy M53 5G in India on 22 April. The company has revealed through teaser that the new 5G Samsung smartphone will debut globally this month. The smartphone with 108MP primary rear camera, 120Hz Super AMOLED+ display and supporting 25W fast charging will enter the Galaxy M52 5G successor. Let us know about the features and specifications of this smartphone.

Samsung has revealed the launch date of Galaxy M53 5G in India. microsite done through. E-commerce site Amazon has made a separate page Made in India Samsung Galaxy M53 5G Promotes the launch of Official information is available on Samsung India website and Amazon, which suggests that this phone will be launched on April 22 at 12 noon.