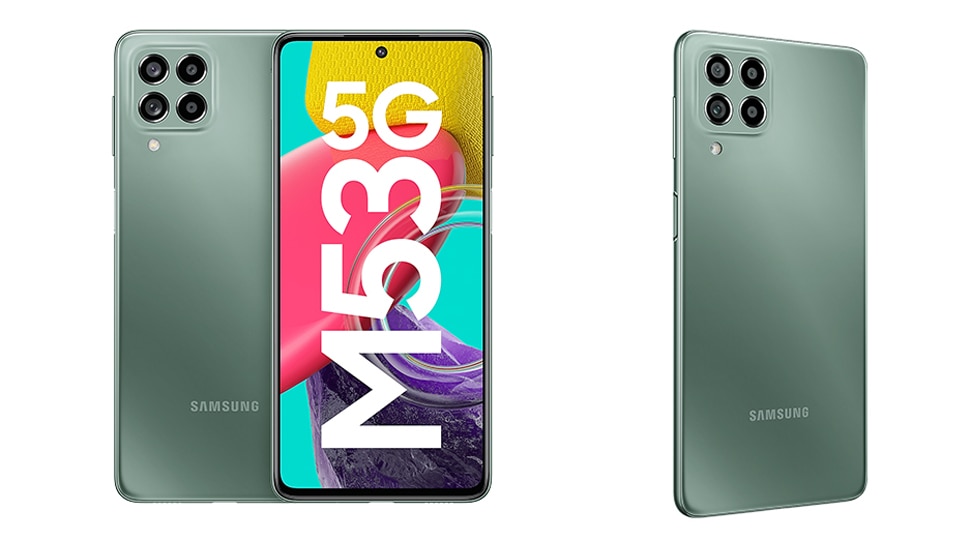 Samsung Galaxy M53 5G Review: Samsung recently launched its Galaxy M53 5G in India as the successor to the Galaxy M52 5G. The phone has a 108MP camera and 5000mAh strong battery.

Samsung Galaxy M53 5G Review: The year 2022 has been very special for smartphone companies. Companies have launched many mid-range smartphones this year. In these 7 months, many smartphones priced below 30 thousand have landed in the market. Samsung recently launched its Galaxy M53 5G in India as the successor to the Galaxy M52 5G. The smartphone flaunts a 6.7-inch Super AMOLED screen and is powered by MediaTek Dimensity 900 SoC. We have brought a review of Galaxy M53 5G, in which we will tell you why you should buy this phone and why you can look for any other phone apart from this.

Samsung Galaxy M53 5G has a 6.7-inch Super AMOLED screen. The display comes with support for up to 120Hz screen refresh rate. The display was sharp and punchy while watching the video on YouTube. The experience of watching the video was good. All the colors were clearly visible in the video. Brightness was correct when used at home. But outside in the sun, the brines seemed a little less. To see the screen, a lot of emphasis had to be put on the eyes.

weight is too low

Samsung Galaxy M53 5G weighs 176 grams and its thickness is just 7.4mm. The phone is quite handy and fits well in the pocket. Despite the big screen, the phone does not feel cumbersome.

Battery will last all day

Samsung Galaxy M53 5G has a strong battery of 5000mAh. Talking about the performance of the battery, it is excellent. Once fully charged, the battery lasted for a whole day. This is when we used heavy. Meaning played games, watched YouTube videos and kept many apps on.

Samsung Galaxy M53 5G: How is the camera

Quad camera setup is available in Samsung Galaxy M53 5G. At the rear, there is a 108MP primary camera, another 8MP ultra wide shooter, a 2MP depth shooter, a 2MP macro shooter. The photo was clicked in good light and the photo came out great. Didn’t feel any problem anywhere. The 8MP ultra wide shooter is not so special. The photos were not coming clear on zooming. There seemed to be a lack of sharpness. Talking about the 2MP macro shooter, there was a lack of OIS here. There was a lot of trouble in taking stable shots. Night photography is fine, but not good. A 32MP selfie camera is available in the phone, which was successful in clicking the details photo.

Samsung Galaxy M53 5G: Charger will not be available with the box

If you are looking for a phone under Rs 30,000 that offers great camera and gaming experience, then Samsung Galaxy M53 5G might not be for you. The MediaTek Dimensity 900 SoC is not the most capable chipset for gaming.