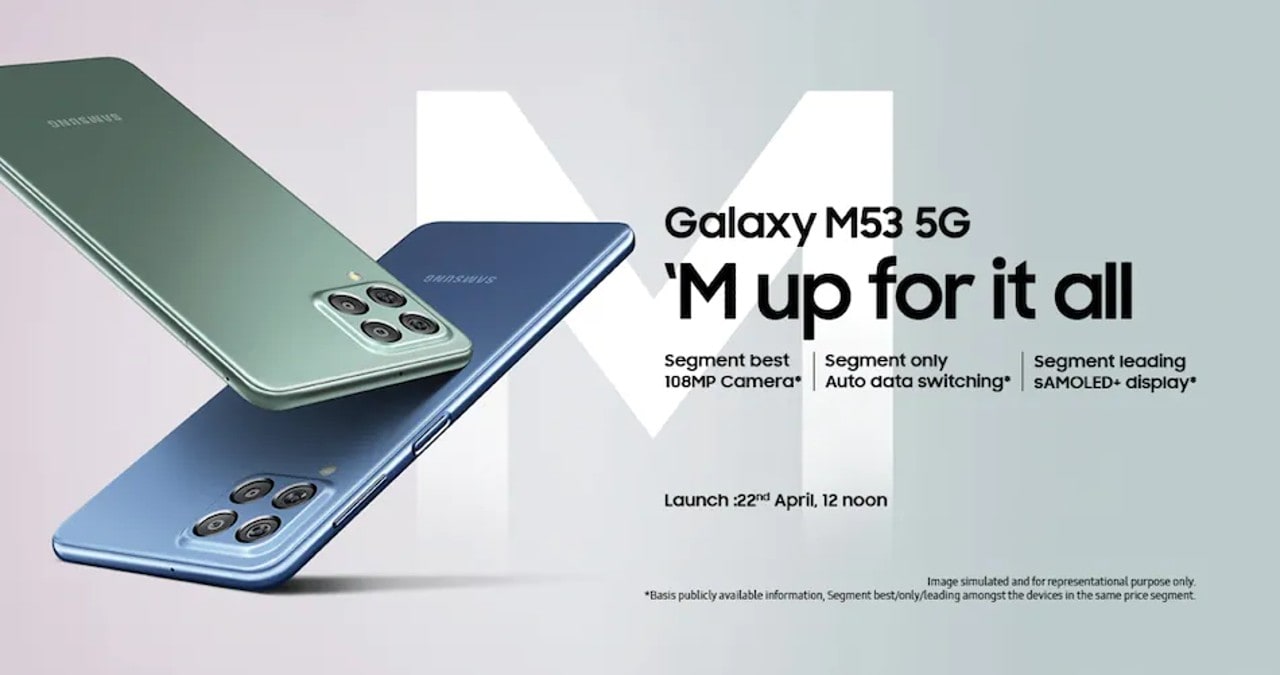 Samsung is about to launch Samsung Galaxy M53 5G in the Indian market on April 22. Now even before the launch of this smartphone, the variants and color options have been leaked by Tipster. This flagship phone of Samsung will enter other markets this month and will also come to India in April itself. It is clear from the leaked specifications that the model coming to the Indian market will come in 2 color options and will be equipped with a quad rear camera setup running on Android 12 operating system. This phone will come in the market as a new variant of Galaxy M52 5G. However, till now Samsung has not given any official statement regarding the price of this smartphone.

Tipster Sudhanshu Ambhore Told That Samsung Galaxy M53 5G Will come in two storage options in India, including 6GB + 128GB and 8GB + 128GB. This smartphone will have a 6.7-inch Full HD + Super AMOLED Plus display which will support 120Hz refresh rate. Talking about the color option, this smartphone will be available in two color options like Blue and Green. At the same time, the Brown variant of this smartphone, which is available in other markets, may not be launched in India.