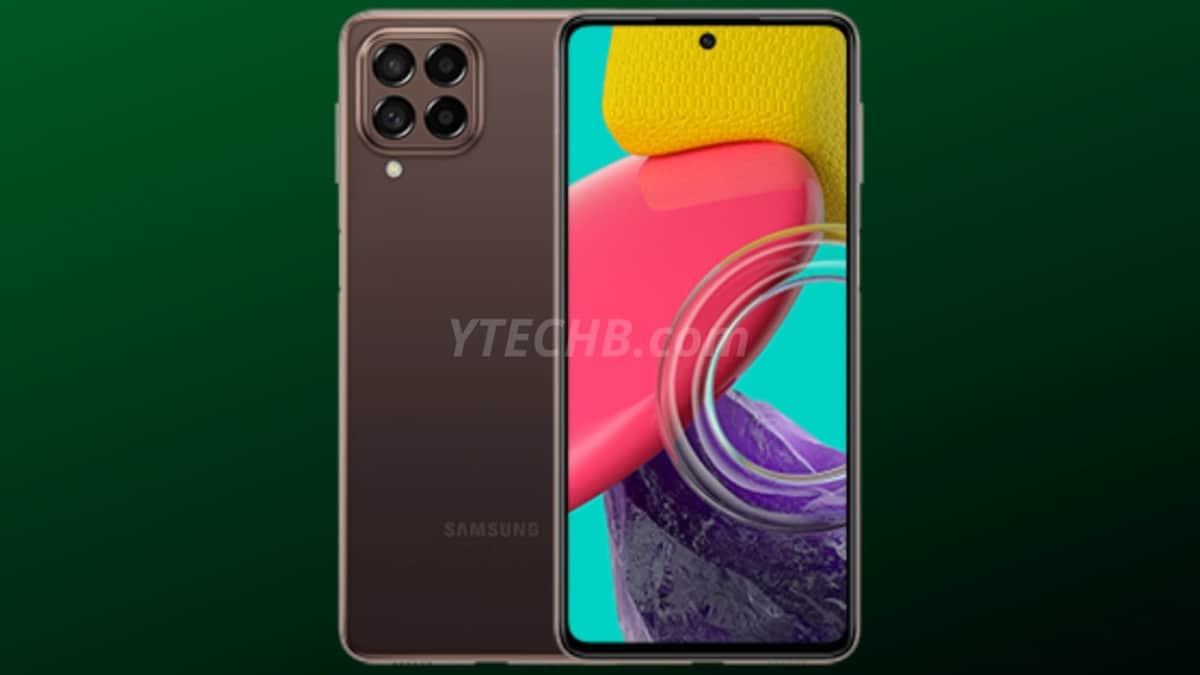 Renders of Samsung Galaxy M53 5G smartphone have been leaked. These suggest that this smartphone will come with quad rear cameras and a hole-punch display. The phone is said to have a 6.7-inch Super AMOLED display, which will support a refresh rate of 120Hz. This device will run on the Android operating system with the layer of One UI 4.1. MediaTek’s Dimensity 900 5G processor has been informed in the phone. Reports also indicate that the Samsung phone could be priced starting at VND 10.5 million (approximately Rs 35,000).

from ytechb share As per the render done, Samsung Galaxy M53 5G The smartphone will have a central-aligned hole-punch cutout. Talking about the back side, there will be a quad rear camera setup in a square module with LED flash just below the cameras. The volume button is placed on the right side along with the power button. The power button also acts as a fingerprint sensor.

A recent report claimed that the Samsung Galaxy M53 5G could feature a 6.7-inch Super AMOLED display with 120Hz refresh rate. It can run on Android 12 operating system with One UI 4.1 layer. It is said to get MediaTek’s Dimensity 900 5G processor, which can be paired with 8GB of RAM and up to 256GB of storage.

The quad rear camera setup with 108 megapixel main sensor can be found in Samsung Galaxy M53 5G. It is said that to support it, there will be an 8-megapixel wide angle sensor, a 2-megapixel macro shooter and a 2-megapixel depth sensor in the phone. There can be a 32-megapixel camera for selfie. This phone can pack a 5,000mAh battery with support for 25W fast charging.