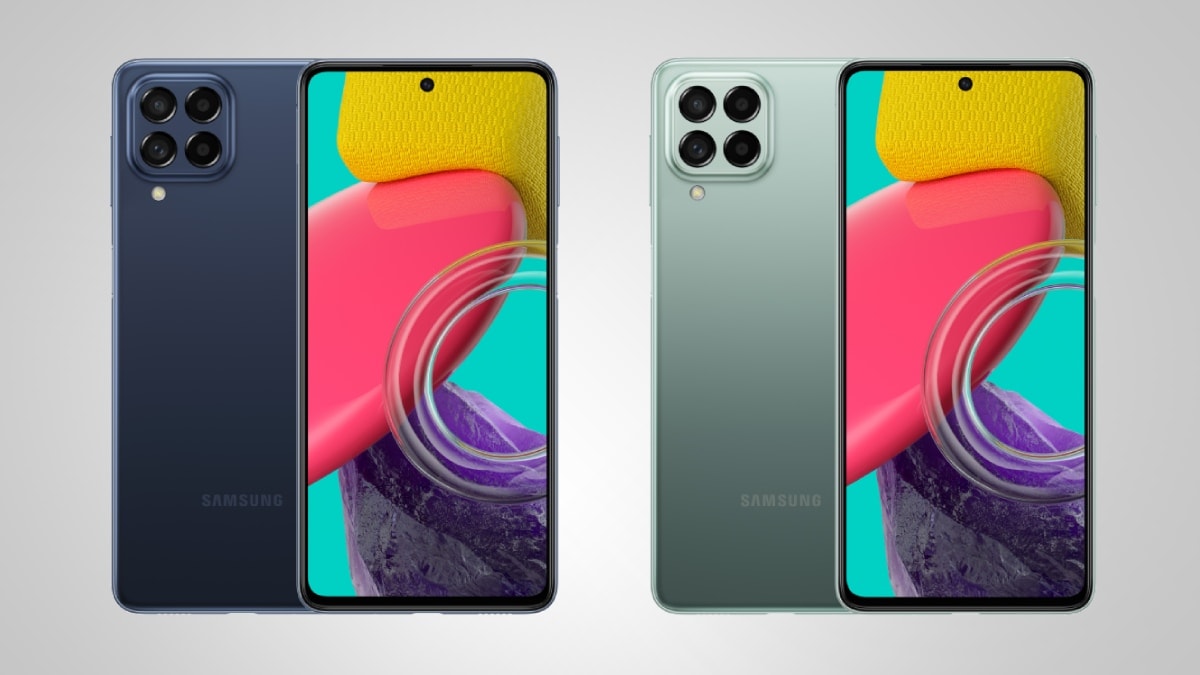 Samsung Galaxy M53 5G smartphone was launched in India on Friday. The smartphone is powered by MediaTek’s Dimensity 900 processor and supports a 6.7-inch Super AMOLED+ display with 120Hz refresh rate. The phone has a 108-megapixel quad rear camera setup and runs on out-of-the-box Android 12 operating system. The phone packs a 5,000mAh battery, which supports 25W fast charging. It has been brought as a successor to the Galaxy M52 5G, which was launched last year.

In India Samsung Galaxy M53 5G The price starts from Rs 23,999 for the 6GB + 128GB storage model. Its 8GB + 128GB variant costs Rs 25,999. According to the company, an instant discount of Rs 2,500 will be available on ICICI Bank credit card and EMI transactions. The phone can be purchased in Blue and Green color options. It will go on sale from 12 noon on April 29 through Amazon, Samsung’s official website and retail channels. According to Samsung, selected Galaxy M-series users can also get an instant discount of Rs 2,000.

The Samsung Galaxy M53 5G smartphone that comes with dual-SIM (Nano) slot runs on One UI 4.1 based on Android 12. It has a 6.7-inch full-HD + (1,080×2,400 pixels) Infinity O Super AMOLED + display. It comes with 120Hz refresh rate and comes with Gorilla Glass 5 protection. The octa-core MediaTek Dimensity 900 processor has been installed in the phone, which is supported by up to 8GB of RAM. The ‘RAM Plus’ feature is also available in this phone, which uses the remaining storage to increase the power of the phone.

The phone has 128GB of inbuilt storage, which can be expanded up to 1TB with an SD card. Connectivity options include 5G, 4G LTE, Wi-Fi, Bluetooth V5.2, GPS/ A-GPS and a USB Type-C port. Fingerprint sensor is also given. Coming with 25W fast charging, this phone has a 5,000mAh battery. The device weighs 176 grams.