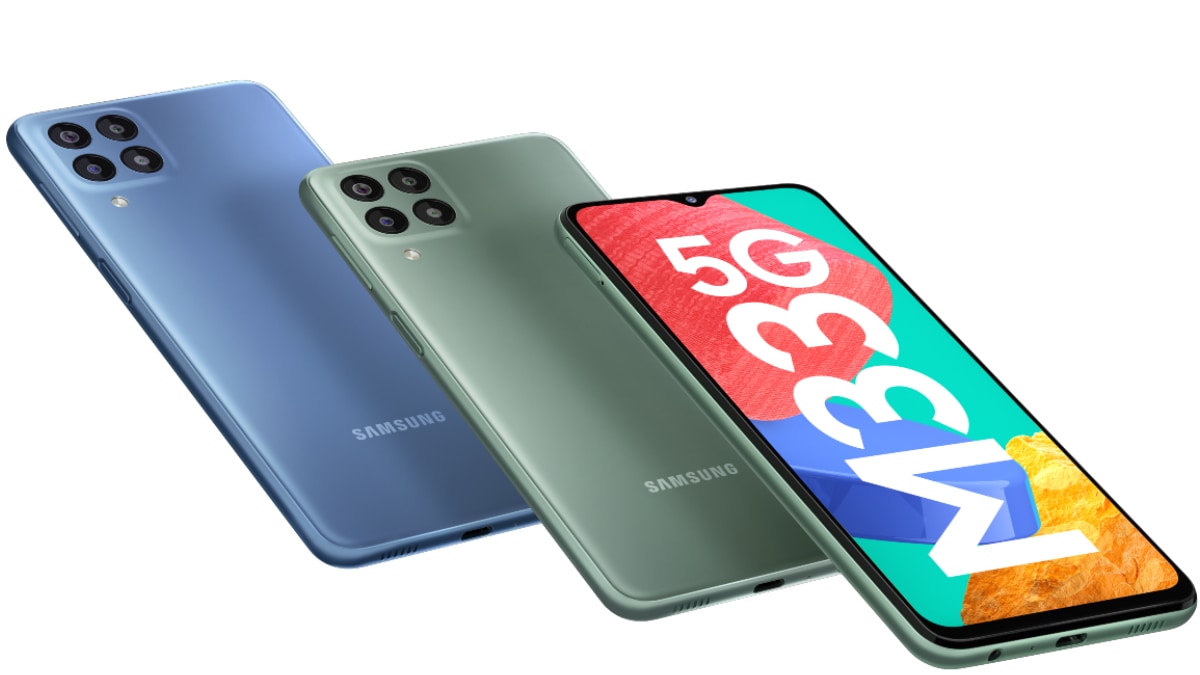 Samsung has launched its latest smartphone Samsung Galaxy M33 5G in India. This new Samsung smartphone comes with a 120Hz refresh rate display and is equipped with a 5 nanometer octa-core Exynos processor. The phone has up to 8GB of RAM and 128GB of onboard storage. Equipped with a 50-megapixel main sensor, it has a quad camera setup. It comes with a variety of preloaded modes along with object eraser feature and bokeh mode. Apart from this, there is a voice focus feature in it which reduces noise during calls. Like the previous Galaxy M series phones, it also packs a massive 6,000mAh battery with 25W charging support.

This phone comes in Blue and Green color variants. It can be purchased from the online store of Amazon and Samsung India from April 8. The company is offering an instant cashback of Rs 2,000 on the purchase of Samsung Galaxy M33 5G through ICICI Bank card. The phone is also available with exchange discount and no-cost EMI options.

Samsung Galaxy M33 5G is a dual SIM phone that runs on Android 12 based One UI 4.1. It has a 6.6-inch FullHD+ Infinity V display. The screen is protected by Gorilla Glass 5. The phone has Exynos’s octa-core processor built on 5 nanometer technology. With this, the pairing of 8 GB RAM and 128 GB storage is available. The phone has Samsung’s RAM Plus feature, with the help of which up to 16 GB of space in the inbuilt storage can be used as RAM.

Galaxy M33 5G has a 50-megapixel primary camera, which has an aperture f / 1.8. Apart from this, it has a 5 megapixel ultrawide lens with f / 2.4 aperture. The phone also has a 2-megapixel macro shooter with f/2.2 aperture. It also has a 2-megapixel depth sensor as the fourth camera. Various types of professional photography and videography modes have also been given in the rear camera. An 8-megapixel selfie camera has been given in the front. For connectivity, it has support for 5G, Wi-Fi, Bluetooth and GPS. There is also a sound mounted fingerprint scanner in it. The phone packs a 6,000mAh battery with 25W fast charging.