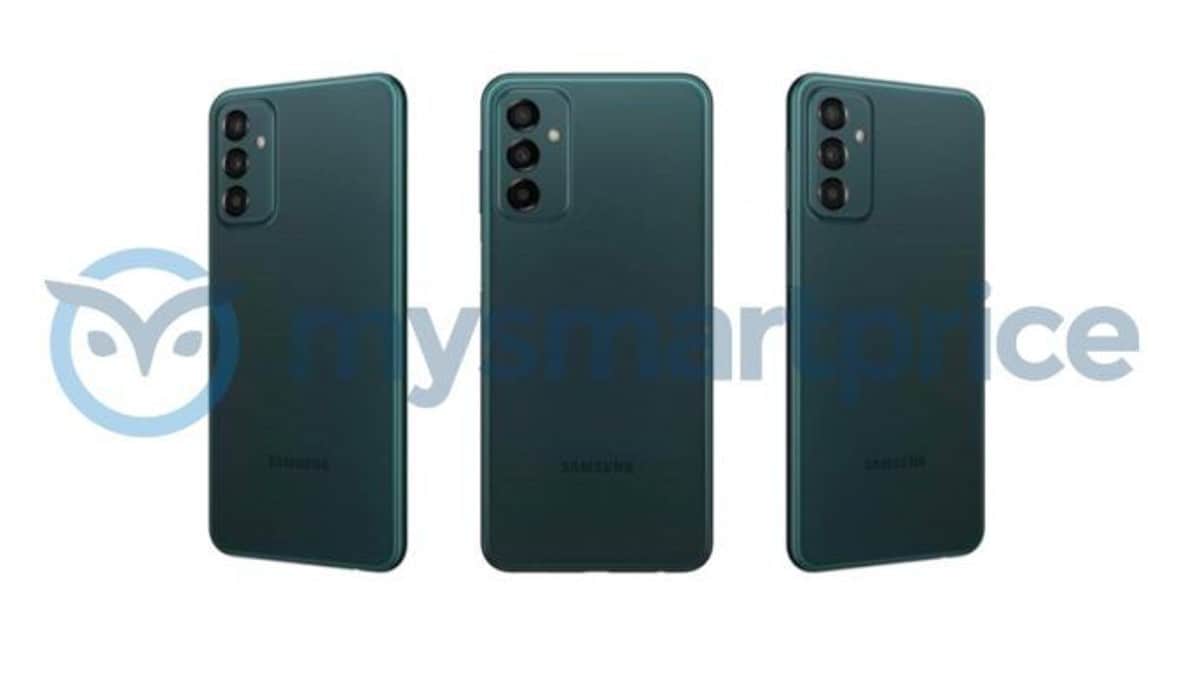 New renders of Samsung Galaxy M23 5G have been leaked. Recently, the phone was seen in the Google Play console listing where its chipset and display details were revealed. Now in a new leak, some more specifications have been revealed along with the renders of the phone. The phone will be launched as a successor to the Galaxy M22. The quad camera setup has been given in the Galaxy M22 but the latest leaked renders of its upgraded version Galaxy M23 5G show the triple camera setup inside the phone.

MySmartPrice quoted an industry source Report Renders of Galaxy M23 5G have been shown in this. According to the publication, the design of the Galaxy M23 5G will be slightly different from the Galaxy M22. The camera module of the phone will be placed more vertically this time in pill-shape. In Galaxy M22, it is more visible in square shape. In the renders, a triple camera setup can be seen in the rear panel of the phone, whereas the one that came before Galaxy M22 Quad camera setup was given in it.

The price of Samsung Galaxy M23 5G has also been told in the report. The price of its base variant can start from € 250 (about 20 thousand rupees). However, this price should be considered as an estimate till official confirmation from the company.

The Galaxy M23 5G will be a mid-range smartphone with a 6.6-inch FullHD+ resolution TFT display. It can support 16 million colors. The refresh rate of the panel will be 120 Hz. Waterdrop notch design can be seen in this and the front camera will fit in this notch. The phone will operate with Android 12 based One UI 4.1 skin.

The renders reveal that the phone will have a triple camera unit which is said to have a 50-megapixel primary sensor with f/1.8 aperture. It will be supported by an 8-megapixel f/2.2 ultrawide camera and a 2-megapixel f/2.4 macro sensor. Its main camera sensor will be with Optical Image Stabilization (OIS) feature. The rear camera can record 720p video at 120fps and 4K video at 30fps.

In this, the company will provide Qualcomm Snapdragon 750G processor, which can be paired with 4 GB RAM and 128 internal storage in the base variant. Support for microSD card will also be given in this, which can also be increased to 1TB of internal storage. For connectivity, it will also have Bluetooth 5.0, GPS, NFC, WiFi, 3.5mm headphone jack. Its dimensions are said to be 165.5 x 77.0 x 8.4mm and weight is 198 grams.