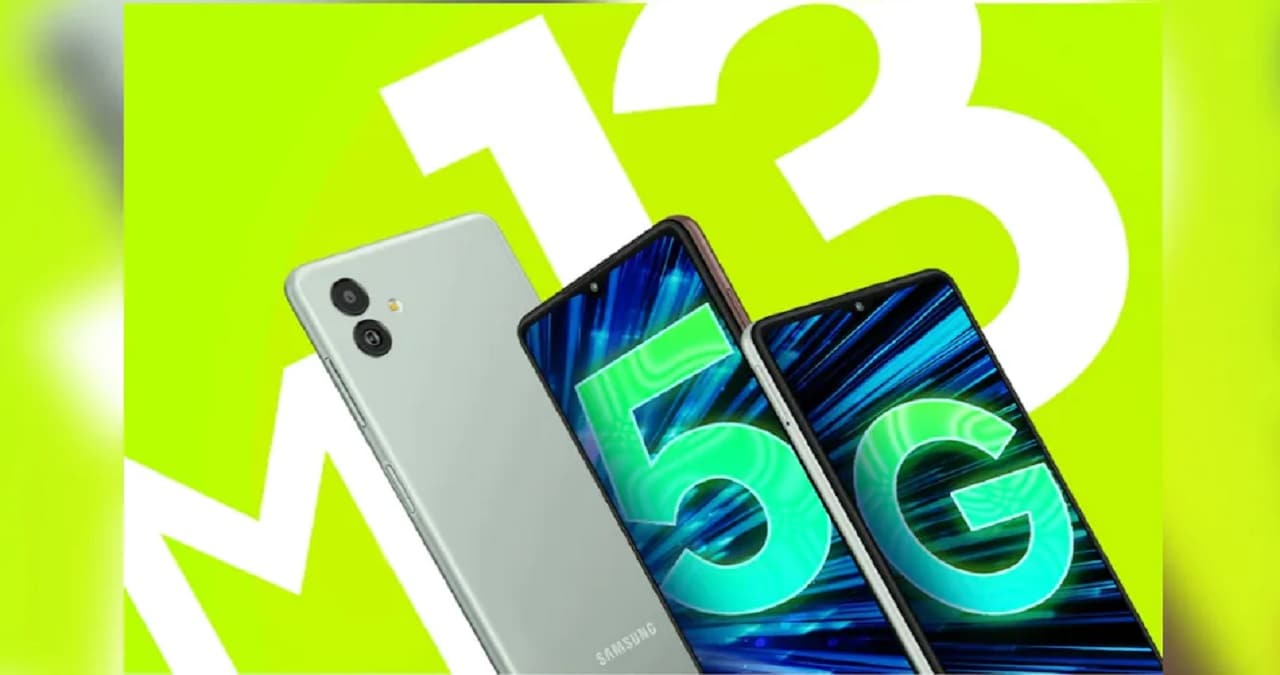 Samsung has launched Samsung Galaxy M13 5G and Galaxy M13 smartphones in India. Both the smartphones come with Samsung’s RAM Plus feature. This feature means that by using the phone’s storage, the phone uses it as memory to improve its performance. 5000mAh battery has been provided in its 5G variant and 6000mAh battery has been provided in 4G model. Both the models come with Auto Data Switching Technology. This technology means that when your main SIM is in a no-network area, the phone will use the data of the second SIM to make or receive calls.

The Galaxy M13 5G and Galaxy M13 can be purchased from Samsung.com, Amazon and some retail stores starting July 23. This smartphone is available in Aqua Green, Midnight Blue and Stardust Brown color. Samsung has also introduced a special launch offer under which ICICI Bank card users will get Rs. 1,000 instant discount.

Dual-SIM Samsung Galaxy M13 5G works on Android 12.0-based One UI 4. It has a 6.5-inch HD+ display with 90Hz refresh rate. Its display has 400 nits brightness and Gorilla Glass 3 protection. The smartphone has 6GB RAM with MediaTek Dimensity 700 SoC. Its RAM can be increased to 12GB with Samsung RAM Plus feature.

In terms of photos and videos, the Galaxy M13 5G comes with a dual rear camera setup. It has a 50MP main sensor and a 2MP secondary sensor. For selfies and video calls, it has a 5MP front camera. The Galaxy M13 5G packs 128GB of inbuilt storage that can be expanded up to 1TB via microSD card. Talking about connectivity, the phone has Wi-Fi, 5G (11 5G bands), and USB Type-C port. 15W charging support has been provided in the smartphone with 5,000mAh battery. It comes with Samsung Knox security. The phone weighs 195 grams.

This phone works on One UI 4 based on Android 12.0. It has a 6.6-inch Full HD + LCD display. Its display comes with 480 nits brightness and Gorilla Glass 5 protection. The smartphone is powered by Exynos 850 SoC with up to 6GB of RAM. In this too, the RAM can be increased up to 12GB with the Samsung RAM Plus feature.

For photos and videos, the Galaxy M13 has a triple rear camera setup. It has a 50MP main camera sensor, 5MP ultra-wide angle shooter and 2MP depth sensor. It has an 8MP front camera for selfies and video calls. The Galaxy M13 has up to 128GB of inbuilt storage, which can be expanded up to 1TB via microSD card. Talking about connectivity options, Wi-Fi, 4G LTE, and USB Type-C port have been given in the phone. The smartphone has a 6,000mAh battery with 15W charging support.