Samsung Galaxy F04 launching today, will get 8GB RAM at a cheap price and many features 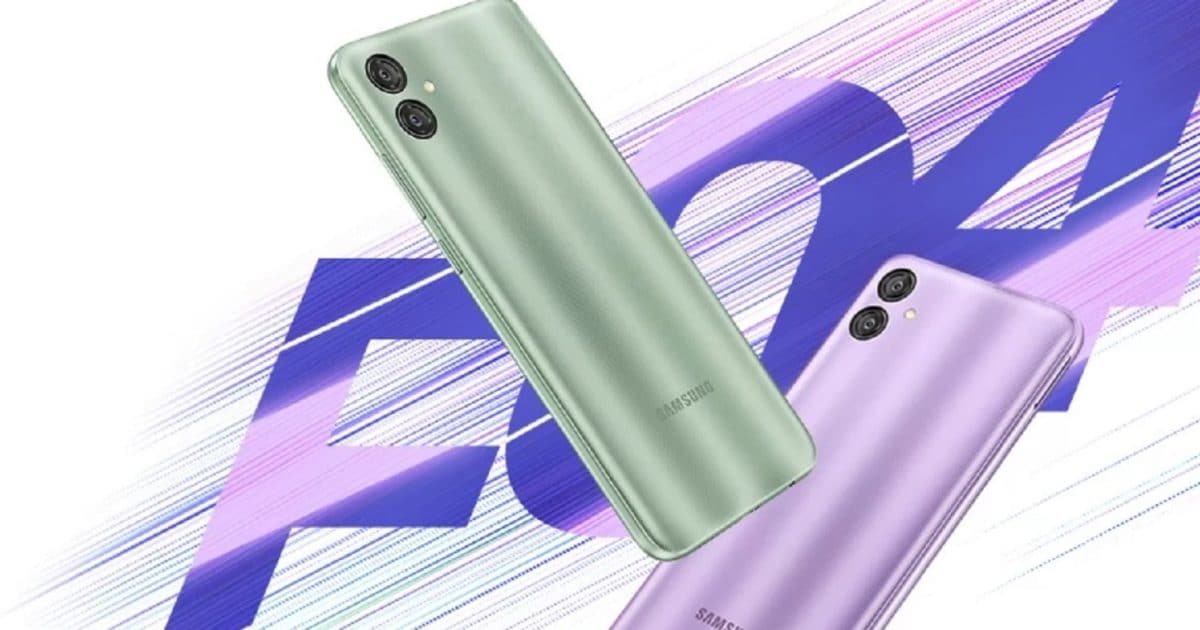 It has been learned from the teaser that this Samsung smartphone will be given a 6.51-inch HD+ display.

The special thing about Samsung Galaxy F04 is that this phone will be of entry level.

Samsung Galaxy F04 Launching: Samsung Galaxy F04 is all set to launch in India today. One of its microsite has gone live on Flipkart, which shows that the launch of the phone will start at 12 noon. Some of its features have already been revealed from the teaser. This phone will come with 8 GB RAM and stylish gloss design. It is known from the teaser page that this phone will be an entry-level phone, which will be priced below Rs.8,000.

It is being said that Samsung’s new phone can be a rebranded version of Galaxy F04e. Galaxy F04e has been introduced in three storage – 3GB+32GB, 3GB+64GB and 4GB+128GB.

It has been learned from the teaser that this Samsung smartphone will be given a 6.51-inch HD+ display. Samsung Galaxy F04 will be equipped with MediaTek P35 processor and the smartphone will have up to 8GB of RAM. RAM plus feature will also be given in it.

The Flipkart listing reveals that the handset will be offered in two color options – Jade Purple and Opal Green. This upcoming Samsung phone will run on a custom operating system based on Android 12. The company will offer two years of OS updates.

For power, the Samsung Galaxy F04 will pack a 5,000mAh battery, which is said to last a whole day. It is expected to come with a USB Type-C charging port with a 10W adapter.

How can be the camera of the phone
Different things are being said in many reports regarding the camera. It is learned that the Samsung Galaxy F04 is expected to have a 13-megapixel primary camera on the rear. It can come with f/2.2 aperture. Its main sensor is said to be powered by a 2-megapixel depth camera with f/2.4 aperture and an LED flash. For selfie, this smartphone can be given a 5-megapixel camera in the front with f/2.2 aperture.