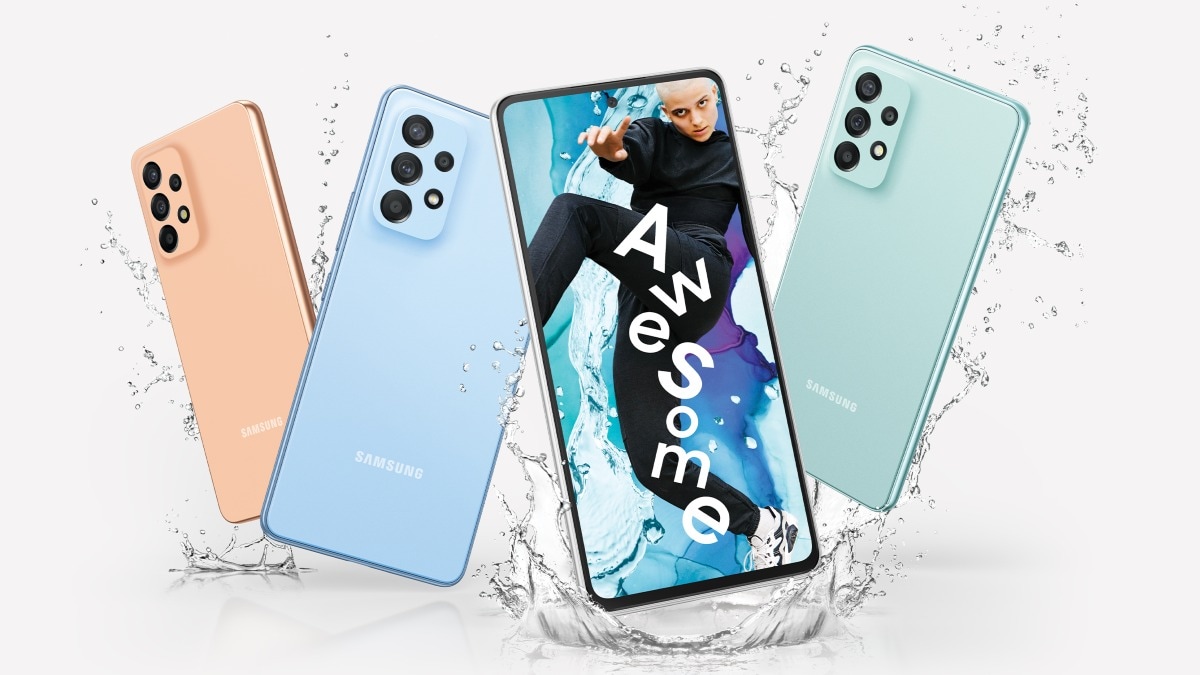 Samsung Galaxy A73 5G and Galaxy A33 5G smartphones were launched in India on Tuesday.

The Galaxy A73 5G phone is the latest in the A series. It comes with a 108-megapixel primary camera and a Super AMOLED+ display with 120Hz refresh rate. The Galaxy A33 5G smartphone, on the other hand, was unveiled worldwide earlier this month. This phone has the features of quad rear camera setup, AMOLED display with 90Hz refresh rate and stereo speakers. Both the smartphones have got IP67 rating. That is, they are largely saved from the effects of dust and water.

Samsung Galaxy A73 5G and Galaxy A33 5G Availability

Samsung Galaxy A73 5G The smartphone will be sold in Osm Grey, Osm Mint and Osm White colours. There itself, Galaxy A33 5G The smartphone will be available in Osm Black, Osm Blue, Osm Peach and Osm White shades. The company said that the pre-bookings of Galaxy A73 5G will take place in the coming days on Samsung.com, leading retail stores and select online portals. It will be available in two different variants – 8GB RAM + 128GB storage and 8GB RAM + 256GB storage. The exact availability and price of the phone is yet to be revealed. Information about the price and availability of Galaxy A33 5G has also not been given yet. Earlier this month, the Samsung Galaxy A33 5G was introduced in Europe for 369 euros (approximately Rs 30,800).

Specifications of Samsung Galaxy A73 5G

Samsung Galaxy A73 5G smartphone runs on the layer of One UI 4.1 based on Android 12. The company has promised four years of Android OS upgrades along with five years of security updates. The phone has a 6.7-inch full-HD + Infinity-O Super AMOLED + display. Its peak brightness is 800 nits and refresh rate is 120Hz. The display is protected with a Corning Gorilla Glass 5 panel. The Galaxy A73 5G is powered by an octa-core Qualcomm Snapdragon 778G processor, paired with up to 8GB of RAM. The phone comes with RAM Plus feature, which expands the RAM up to 16GB using the inbuilt storage.

The phone has a 108-megapixel primary camera, which supports optical image stabilization (OIS). The information about the total number of cameras in the back is yet to be found. There is a 32-megapixel selfie camera on the front. The phone has up to 256GB of internal storage, which can be expanded up to 1TB via SD card. Equipped with stereo speakers, this device is backed by a 5,000mAh battery, which supports 25W fast charging.

Specifications of Samsung Galaxy A33 5G

This smartphone also runs on Android 12 with the layer of One UI 4.1. The company has promised four years of Android OS upgrades and five years of security updates. Galaxy A33 5G has a 6.4-inch full-HD + Super AMOLED display, which comes with 90Hz refresh rate. It is equipped with octa-core Exynos 1280 processor. The phone has a quad rear camera setup, which includes a 48-megapixel primary sensor with OIS, an 8-megapixel ultra-wide shooter, a 5-megapixel macro shooter, and a 2-megapixel depth camera.

A 13-megapixel camera has been given in the phone for selfie. It also has a 5000mAh battery, which supports 25W fast charging. The phone has up to 256GB of storage, which can be expanded up to 1TB with the help of an SD card.