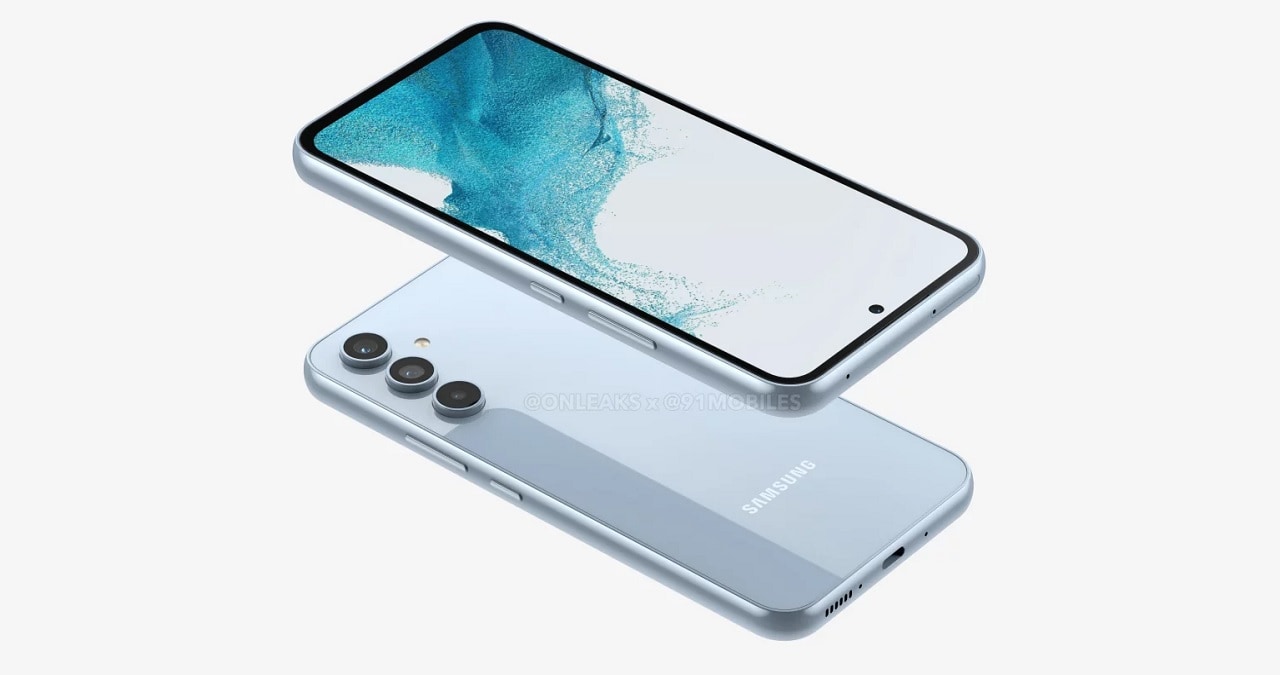 The leaked renders were shared by 91Mobiles in partnership with renowned tipster Steve Hemmerstoffer of OnLeaks. share Have done The Galaxy A54 5G is going to be an upgrade of the Galaxy A53 to a large extent. Now the new renders provide a 360 degree view of this mid range smartphone. We can clearly see that the center aligned punch hole front camera has been given in the Galaxy A54. in this screen

Talking about the rear, the Galaxy A54 5G has a triple camera setup which is located on the top left side. According to OnLeaks, 6.4 inch display will be available in this phone. The tipster has also shared that the display will support FHD+ resolution and 120Hz refresh rate. The new Samsung smartphone can be launched in early 2023. The company’s Galaxy A-series is quite popular in the market due to its mid-range smartphones. Let us tell you that the Galaxy A14 5G was also spotted on Bluetooth SIG.

Talking about the design, the USB Type-C port is also revealed in this smartphone, along with which there is also a speaker grill and microphone. Apart from this, the volume rocker and power button are given on the right side. At the same time, the SIM ejector tray and secondary microphone are present on the top. Samsung’s branding has been given in the rear, which is visible in the middle of the back panel.

According to the old report, a 5,000mAh battery can be given in the phone. At the same time, the first camera of 50 megapixels can be given in this smartphone. Talking about the processor, Exynos 7904 SoC can be found in this smartphone. For storage, it can get 6GB of RAM and 128GB of internal storage. However, the information about how true this will be, you will know only on the official launch.