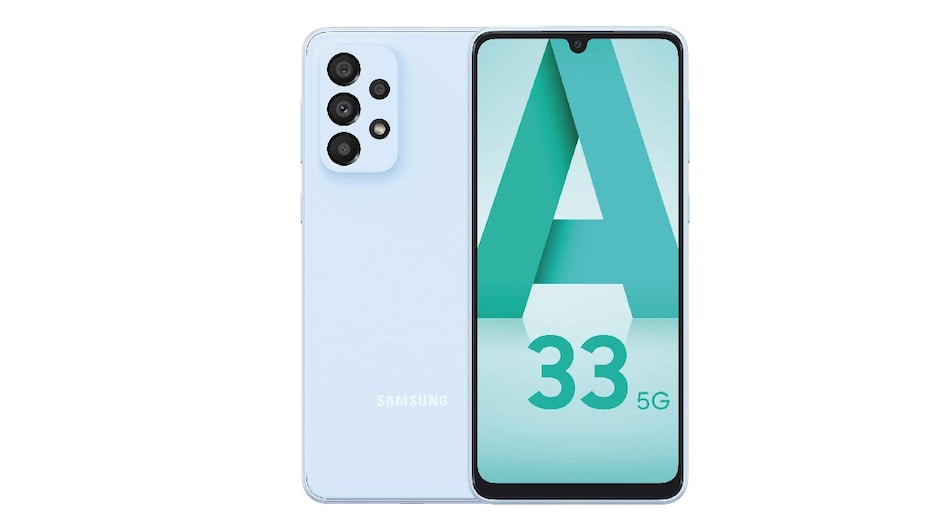 The Galaxy A33 5G smartphone will have a 6.4-inch Full HD+ Super AMOLED display.

Many devices are going to be launched in the smartphone market this week. Samsung will also launch the new A series in the mid-range. The company can launch two Galaxy smartphones. According to reports, these will be the Galaxy A33 5G and Galaxy A53 5G smartphones. The specifications of the Galaxy A33 5G have been revealed before the launch of these smartphones. Information about the leaked press renders of the device has also been given. This phone can come with the features of AMOLED display, big battery and fast charging.

Appuals has told in its report that Galaxy A33 5GThe smartphone will have a 6.4-inch Full HD+ Super AMOLED display. For the selfie camera, Infinity-U teardrop notch will be given in it. The display will offer a refresh rate of 90Hz and a pixel density of 412 pixels. Its screen will be equipped with the protection of Gorilla Glass 5. It can be offered in four color options – Black, Blue, Peach and White.

According to the report, Samsung’s new chipset Exynos 1280 will be given in Galaxy A33 5G, which will be packed with 6 GB RAM and 128 GB inbuilt storage. This phone will come preinstalled with Android 12 OS and One UI 4.1. The phone will also feature an in-creek fingerprint scanner and face unlock.

The Galaxy A33 5G will house a 5,000mAh battery, which will support 25W fast charging. The phone will have a 13 megapixel front facing camera. In the back, a 48-megapixel main sensor, along with an 8-megapixel ultrawide camera, a 2-megapixel macro lens and a 2-megapixel depth camera will be given. The phone will also have dual SIM support, Wi-Fi 802.11ac, Bluetooth 5.1, NFC, dual stereo speakers with Dolby Atmos support, and a USB-C port. It will come with an IP67 rating, which means it will be protected from the effects of water to a great extent.

These phones have also been seen in many certification websites . Galaxy A53 5G The leaks associated with it suggest that the phone will get a 6.5-inch Super AMOLED display with FullHD+ resolution and a refresh rate of 120Hz. The phone will be equipped with Exynos 1200 SoC and will come with Mali G68 GPU. A 5,000mAh battery can be seen in this. It can come with 6/8 GB RAM and 128 GB storage. The storage can also be expanded up to 1TB with the help of microSD card. 64MP + 12MP + 5MP + 5MP quad camera setup can be seen in its rear. For selfie, a 32-megapixel front camera can be seen in it.