Samsung Galaxy A32 price reduced in India, see the specifications of the phone here 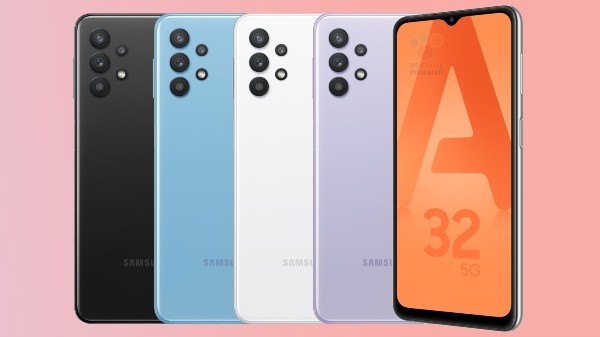 Samsung Galaxy A32 smartphone was launched in India in November last year. At the same time, before the completion of 1 year, now the company has made a huge cut in the price of this smartphone. Talking about the specification, the phone comes with FHD+ display, which has a refresh rate of 90Hz. Apart from this, the phone is equipped with MediaTek Helio G80 processor, which comes with 8GB of RAM. For photography, this phone comes with a quad rear camera setup.

A 64MP main camera sensor has been given on the rear panel in Samsung’s midrange device. Apart from this, 8MP ultra-wide lens, 5MP macro camera, 5MP depth camera and 5MP macro camera have also been made part of its camera module. It has a 20MP front camera for selfie and video calls. For connectivity, this phone comes with 4G, Wi-Fi, Bluetooth, GPS, NFC, USB Type-C port and 3.5mm headphone jack.

Last year, the company launched the Samsung Galaxy A32 phone with a price of Rs 23,499. This price is of 8GB RAM and 128GB storage variant of the phone. However, now the company has cut the price of the phone by Rs 3,500. After which the price of this phone has gone up to Rs 19,999. You can buy this phone in three color options. In which osm blue, osm black and osm violet have been given.

A 5,000mAh battery has been provided in the device for long power backup. The battery of this phone comes with 15W fast charging support and has been given Samsung One UI based on Android. Its storage can be increased to 1TB with the help of microSD card.